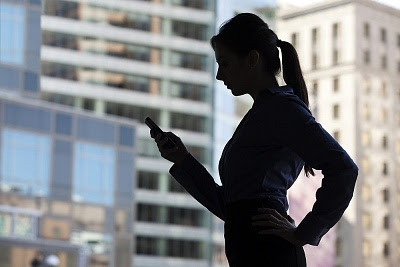 I delighted in my friend's company, but truth be told she canceled on me more times than she showed up. She worked a job where she earned well over six figures and was in high demand. To be fair, I worked a demanding job too, co-pastoring a church and worked 90 hours a week at the time although our salaries were a little different. ;)

My friend had what seemed like the perfect life. High powered job, home worth over half a million dollars, handsome and equally successful husband, cute and well behaved children who did well in school and excelled at extra curricular activities, well known and respected in the community, and to top it all off -- they loved Jesus and were part of the church. So, how does it get any better than THAT? Well...

All of the demands on my friend's life made the cancellations of our plans a constant reality.

I was surprised to find she had never been to a tea shop to experience a traditional high tea. I asked her about it one day and she was really excited about doing this together. I mentioned that we did need to make reservations and said I'd take care of it.  For weeks I was looking forward to it.

On the day of our tea, she phoned me about thirty minutes before, as she had so many times previous and said, "Ughhhh....I hate to do this to you, but I'm just not going to be able to make it for our tea today."

What did I do?

I screamed, "WHATEVER!!!!!!!!!" into the phone, slammed it down, and that was the last time we ever did anything together again.

Yeah, I hear you now. EPIC FAIL, Deanna. That was a really bad thing to do.

I was so angry. So angry.

Instead of just swallowing her excuses like I had so many times before, I let out exactly what I was feeling. And, I lost a friend in the process.

Now, here are some things I now know in retrospect. I am sharing about this situation that happened years ago that I now have total clarity on, after learning about the four steps. It was one of the first things that came to my mind and I believe it well illustrates the changes God is doing in me through the four steps. (Wisdom dictates I not share the present situations I have been working through as they involve things not suitable for public consumption right now.)

One of my sore spots is abandonment. Of any kind. This is because I've experienced abandonment. More than once.

When people don't show up, for lunch, for an appointment, for whatever they've committed to -- all those emotions stir up from when I first felt the pain of abandonment.

When my friend canceled, it was one such moment.  I wasn't just angry at her. I was angry at every person who had ever abandoned me.

Was she wrong for these repeated cancellations? Yes, but I greatly over-reacted to it based upon unresolved things in my past.

When my friend would cancel, I believed lies.

In reality, it had nothing to do with me.

My friend was messed up.

As the years unfolded she lost her marriage.
She only has the kids on weekends now.
She lost her half a million dollar home.
She lost her amazing job.
She lost many of her other friends.
She abandoned her faith completely.


And what does all this tell me in hindsight?

My friend's issues had absolutely nothing to do with me.

It was never about me.  Despite outward appearances, her life was not altogether. Her cancellations  had nothing to do with me.

Second, I couldn't have changed her. If she wasn't going to make some positive changes in her life in order to to keep a husband, children and a home was she really going to listen to anything I said? No.

Third, my over-reaction to her actions stemmed from unresolved things in my own life. It came from lies I believed.

Had those lies been identified and replaced with the truth, I would not have reacted that way. Unfortunately that area of my life was not surrendered to God at that time.

I regret my response.

I didn't respond the way a Christian should have. I was wrong.

What would I do differently now that I know what I know?

Well, first I would go through the four steps and examine why I'm feeling such overwhelming anger.

The next thing I'd do would be to identify lies I've believed, and replace them with truth.

Then I'd resolve the anger I'm still feeling over the past by inviting God to come and shed His light, truth and healing to any area still unresolved.

Then I would respond to my friend with my emotions in check and things in proper perspective.

Sometimes, you can work through things. And other times, it is necessary for a relationship to come to a close. There's a great book about this called Necessary Endings, that gives great guidance for times like this.

Even looking at things from a balanced, non-emotionally charged perspective, I believe continuing this friendship may not have been healthy. However, there's a proper way to bring closure. The way I did it was not the right way at all.

I regret it, but I know better now.

Thank you so very much for this blog and for befriending me on FB. I can so use this information in more areas than I care to admit! I praise God for his loving mercy towards me, especially.

I've learned so much this past month through using these "four steps" and they sure are bringing a lot of clarity to areas of my life where I need to change.

I'm glad to be your friend in facebook and in real "in person" life as well.