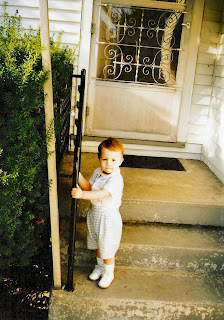 Changes are hard.
Even good ones.

And they just keep coming.
And there's nothing I can do about it.
Nothing.

Lord knows I've tried.
And like most other things in life, it's out of my control. (And that's probably a good thing, most times.)

At least he's turned out perfectly wonderful.
The best a parent could ask for.

I'm talking about one, Dustin Michael Shrodes, if you didn't know by now.

He's our youth pastor now, by the way. Just in case you crawled out from under a rock and didn't know. Or you are reading my blog for the first time and have no idea who the main characters in this real life scenario are. Please meet my absolutely perfect first born son: 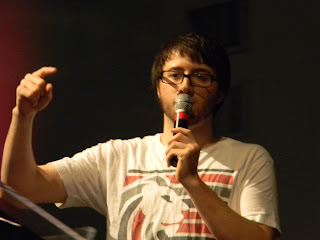 You can read some day-to-day happenings of his early years in a hand written blog I kept and shared here a while ago. You'll love it, I promise, if you have any sentimental bone in your body whatsoever. You can see the hand of God working in his life from the very beginning. Cause' that's just what God does.

We talked about going out to Kobe like we do many times for family milestones, but all he wanted was his momma's pot roast dinner with gravy and mashed potatoes and corn and homemade rolls. And...a Batman cake. [sigh]

I'm not that artistic.

I make tasty meals and homemade bread and stuff like that, but I am not a Mom who makes decorated cakes. I just make frosted ones. I could sense a failure on the horizon if I tried to create Batman.

So I called a bakery and explained what I wanted.

Here's how it went:

Bakery: What kind of cake would you like to order?

Me: A Batman cake. For a birthday.

Me: Well, there will just be seven people, so not a real big one.

Bakery: Well, we have Batman on a motorcycle or a scene from the Dark Knight but I don't know if I can fit that on a cake that feeds seven people. Our size cake appropriate for that amount of people feeds about 10.

Me: Okay, I just need a Batman cake that looks good. What can you put on the cake that feeds 10?

Bakery: Well, we can't fit the whole Batman scene but we can use Batman colors, write the child's name and include the toy that the child can have to play with even after the cake is gone. The child is mostly going to be interested in the toy so I think if you have that even on the small cake, as long as they have that, they should be happy, right?

Bakery: Oh. [chuckle] Okay. Well, do you think he will want the motorcycle Batman or the Dark Knight?

Me: I'm not sure. Let me ask my husband.... (messaging Larry to find out) Okay, his father says he will want  the motorcycle Batman.

So, we'll be dining on the family favorite pot roast dinner and a Batman cake with Dustin's girlfriend and another best friend he wants to invite.

This is the son who, for his 21st birthday two years ago, requested a keg party...with nothing but a keg filled with orange juice. Preferably "Simply Orange".  Because that's all he drinks.

Why the Batman cake?

I'm still getting used to this, ok?  But the Batman cake does at least give me a little bit of an illusion that nothing's really changed. Yet. Right?

A Mom can dream.