She did not die in vain!
Abused woman moves to freedom... 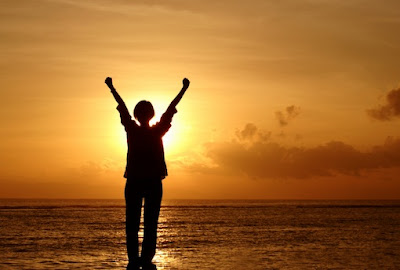 Today I have a guest post that is different from any that has ever been published here. It is unique for many reasons, first of all because I cannot reveal the actual name of the person writing.  Right now the writer of this post lives in hiding.  It is still a danger for her to speak openly but she graciously agreed to write today's post under another name with identifying details left out, to kick off  a blog series I'm very excited about.

The writer of this post and I became acquainted over five years ago when she became one of my  blog readers. Since that time I've come to know Karen* on a deeper personal level. Some of you who have been readers here for a while will remember me sharing about my friend Deborah who was a pastor's wife. Deborah was murdered in 2010 at the hands of her husband. I shared about that situation here and opened my heart with more personal thoughts and a plea here.  I had no idea that some of my readers would be so profoundly affected by Deborah's story -- not just grieved, or merely sympathetic over it, but prompted to change their lives because of it. My dear friend Deborah always led the women's ministries in the church.  Her women's conference was called, "In Her Shoes." Although she has gone to heaven, I am thinking perhaps she is just now coming into the greatest influence she has ever had in leading women. She speaks from the grave to women who now walk in her shoes -- the ones she once wore. As Joseph said, "As for you, you meant evil against me, but God meant it for good in order to bring about this present result, to preserve many people alive." Genesis 50:20 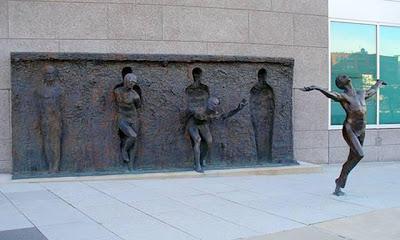 As a daily reader of Pastor Deanna's blog, I read of the tragic death of Deborah, an abused wife, who was killed at the hand of her husband.  I quickly learned that her life was similar to mine in that she was a faithful daughter of God, active in the church with her husband, and leading a secret life known only to those inside her home.
During the final year, the abuse in my marriage escalated to the extent that I knew if we remained, I and/or my children would be tragically harmed and possibly killed.  Threats were made by our abuser that we would never leave.  I tried to leave twice in the final month, and was physically stopped from doing so by my husband.  I remembered the tragic story of Deborah and Pastor Deanna's urgings to her readers to leave and get to a safe place if they were being abused.  I went to the only ones who believed us and they helped my children and I to escape to safety.
Although we are still in hiding, we are establishing a new life and God has provided in ways I could only dream.  We are healing in peace. A band of men and women are in our lives and continue to offer protection if needed.  Our church friends have so generously supplied many needs and supported us in every step down this new road.
In what now seems like a lifetime ago when my abuse began, I used to question what I was doing wrong.  His control, his physical and verbal abuse, and his addiction to pornography spiraled my emotions, deeds, and life into a dark pit.  The only place I found solace was in the house of God and around His people.  Yet I still kept my secret.  He told me that no one would believe me.  I believed him.  But he was wrong.  Four people did believe me and offered us refuge...an escape.
My story is not over.  God is birthing a new life in us.  Seedlings are springing up and new growth has begun.
If you are being abused, the time to get out is now.  Do not wait for him to change.  He will not.  No matter what you do, wear, say, or act, his control over you will just grow greater until you have no fight or strength left in you and have given up.  When he no longer does not get a thrill from bullying you, he will turn to your children.  Please, do not let your situation reach that place.  Leave now.  There are support systems, safe houses, and organizations that will help you escape.  Do not become the next Deborah.
Deborah did not die in vain.  Her message cries out from the grave, and lit a fire in me to begin our exit.  I believe that Deborah's life and death will light many fires in the lives of women who will rise up and say, "God did not create me for this."  Last Sunday, my pastor preached on Gideon, a scared farmer who had faith to stand up against the enemy.  God wants us to have that same faith.  He will make a way, if you will just take the first step to freedom.

Deanna here again: I am kicking off a blog series today that with the exception of Sunday and Monday will be entirely guests posts, until March 18. These posts will be written by blogger friends who are licensed professional counselors, certified life coaches, pastors and pastors' wives. They will speak to issues of verbal, physical, emotional and spiritual abuse. Karen has also graciously offered to share practical wisdom from her experience concerning what a woman needs to do to prepare if she is getting ready to leave, in a follow up post. This will publish tomorrow.

My friends who are guest posting are also making themselves available all week long to interact with readers on the comment thread at deannashrodes.net and also on my facebook page where the blog publishes as well. Larry and I are going to be away this coming week spending some time together, unplugged. I let you know that simply to understand why I'm not on the scene, sharing in   the conversation or answering mail in case you write to me needing some kind of help. (I don't want you to think I'm ignoring you or don't care.)

I will be back online and  able to join the conversation again as well as answer mail on Monday the 19th. In the meantime, enjoy your time with my dear friends who will be speaking words of life and moderating the comment stream in my absence. I know this will be a life changing week!

Karen said…
Thank you, Deanna, for sharing my story. Readers, I will answer any questions you have to the best of my ability. ~ Karen
8:08 AM

Melissa said…
Karen, what you have done takes a lot of courage! You are a courageous woman! I want you to know that I will personally be praying for you and your children!
A year ago a dear friend of mine took her 3 children and escaped the same kind of situation. Reading your story, it almost sounds like hers.
God bless you and may the Lord continue to heal you and your children!
1:18 PM

Anonymous said…
Sweet Karen,
I followed your link to read this and want you to know that I continue to pray and love you across this blogging world. You are an encouragement to many, I know. Thank you for your willingnes to be real.
loving you, ~ linda
9:07 PM

Karen said…
Thank you, Linda. Your words always touch me deeply! Thank you for reading this series. All the authors are available to chat and comment. Thanks for joining us! xo
10:25 PM