Why I stopped responding to vague statuses entirely 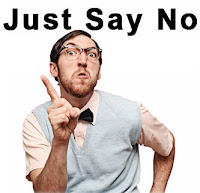 "That's it, I'm done!" was the vague Facebook status that caught my eye a few years ago.  My heart immediately went out and I  messaged the person who posted this and said, "what's up? How can I help?"

I soon discovered, she didn't really want my help, or anyone's help.  She just wanted attention.

Let me cut right to the point.  Vaguebooking is a game.

When you respond to what is a game, why would you believe it would suddenly cease to be a game just because you chose to respond?  The vaguebooker may throw different plays in the game, but it's still a game.

Vague statuses are a cat and mouse game designed by the vaguebooker to take you through the maze of figuring out what's wrong with them. What appears to be a very complicated situation is actually very simple in most cases.  Unfortunately for the vaguebooker the simple solution requires them to make a decision or take an action they just don't want to do or have put off doing for far too long.

That is the reason I don't respond to vague statuses -- because I have yet to meet a vaguebooker who wants to change.  I challenge you to find one! They are as rare as Jew at a pig roast.

I'm someone who helps a lot of people.  I don't say that to brag, simply as a statement of fact in proving my point in this post. A lot of you who read this blog help a lot of people too.  And if you're interested in maximizing your potential in helping even more people, I've got some words of wisdom for you today that could help you.  Here are the facts:

Everyone has problems.  Vaguebookers have information on how to solve problems.   Different people have encouraged or advised them throughout their lives and social media takes this to a whole new level.  Now they have not only the people in close proximity to them, but their Aunt Carlotta from Long Island and their long lost friend from kindergarten have both jumped in on the act to give them a virtual pat on the back. But information without application brings no transformation.

In the past year I have had the privilege of leading three new friends to Christ, through Facebook. I have helped countless others through their journey of growth utilizing the same tool, and even stopped a few suicides.  I've connected people with local pastors in their area, referred them to counseling centers in their town where they could get further help and personally taken on a some as virtual coaching clients.  Prayer is very important to me and each week I pray for many people by finding out about their needs online. I use social media constantly throughout the day to stay in touch with the people of of our church.  In all of this, I've come to a realize that no matter who it concerns, social media is a tool to be utilized in a focused manner to reach it's full potential.   Therefore these are some of the personal boundaries that I've established that help me to fulfill my purpose:

Drama has no return on investment. It just distracts and sidetracks.  So, as far as it depends on me, I want to steer clear of it whether it be family, church, Facebook, etc.  The only drama I want is the kind I pay for!  (Movies, plays, etc.) Avoid it - don't harmonize with it.  You don't have to show up to every conversation you're invited to.  Nor do you have to strike up one with everyone you pass by who appears to be in need but might just want to hear themselves talk.

2)  Respond only to specific needs

Know the difference between attention seeking behavior and a true desire for help. Why did Jesus ask the man at the pool in John 5 if he wanted to get well?  Because some people don't want to get well, they just want to talk about how miserable they are.  Some people don't really want to get well because they would have nothing left to talk about. At first the man at the pool started giving Jesus a bunch of excuses, but what did He do?  He cut right to the chase and said, "Pick up your mat and walk!"  Just as Jesus got to the heart of the matter, so must we.  We need to discern - are people seriously wanting help or are they just wanting a sounding board?  If they want to have a sounding board, go buy them a digital voice recorder and be done with it.


3)  After initial investment, continue to throw attention toward what changes, not what stays the same.

Once offering help, I invest myself in those who are picking up their mat and walking, not those who are still standing by the pool giving excuses.

Yesterday I gave examples of humorous comments I might make in response to a vague status. I don't do this unless it's a good friend I know is just being silly with their status updates. In such cases I'll enjoy bantering back and forth but for serious vaguebookers I avoid it entirely.  I've found that even an off-beat response like that is precious attention the vaguebooker latches onto and  typically views as an invite to send a L-O-N-G private message, spewing out everything they're unhappy about but have no intention to change.

And that, my friends, is why I avoid responses to vague statuses entirely.

What boundaries do you need to draw to be more effective in helping people?

Grace said…
I've learned (the hard way) to not get too involved in giving any counsel until I learn both sides. And then I really do not know if someone needs mental help, etc. As a Jesus follower, it is just my nature to want to help and aid, but I also realize that some situations are just Satan's attempt to keep us busy, tired, and worn. I need to season every situation with prayer, seeking His wisdom.
Great advice today, Deanna.
And....you might find a Messianc Jew at a pig roast...LOL! :)
9:47 AM

Deanna Doss Shrodes said…
Agreed! And point taken - one might just find a Messianic Jew at a pig roast. Maybe I should have said a Muslim at a pig roast...lol.
11:14 AM

Terri von Wood said…
Some people don't want to get well--they don't want healing whether it's in their body, mind, spirit, or relationships....favorite line: "When you respond to what is a game, why would you believe it would suddenly cease to be a game just because you chose to respond?"
Oh, Deanna...if I had only known this years ago. There are people who live just to play the game. I don't even know what the game is because I am not trying to play one. I always thought that it would be so sad to be jaded or cynical and not believe in people or try to help them and then I PRAYED FOR WISDOM.....:)
1:06 AM

Deanna Doss Shrodes said…
Terri, I'm with you -- I wish I would have known before I did, because I wasted a lot of time. But then again you don't know til' you know...
10:50 AM