Things that puzzle me 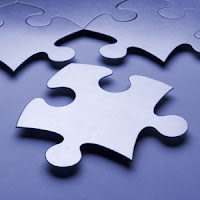 People who use the term, "my pastor" and don't let anybody truly "pastor" them.  I love what Pastor Ed Russo says:   "Please don't call me pastor if you aren't going to let me pastor you."

Women who think that sharing a man with another woman is better than having no man at all.

Women who think he won't cheat on them after he cheated with them.

Women who are shocked that their husband had an affair when they haven't had sex with them in a long time, or very often.

People who find no correlation between their giving or lack thereof and stuff that happens -- good or bad --  in their lives.

People who are surprised that having kids changes their lives.

Kids of ANY age who live with their parents and don't go to church.  I love what Pastor Jim Raley said on TV last night... "If they are drinking milk out of your jug or eating chicken out of your bucket, they need to be in church!"  I don't care if my "kid" is 30 years old, if they are in my  house, they are going to church!!  (We have actually had adults who aren't even related to us live in our home before - people that we have helped out when they have gone through a difficult time in their lives.  One of the conditions of them living with us is that they went to church each week without exception.  What's up with these folks who don't have control of their household?  You're the leaders of the house, you're paying the mortgage, you set the standard.  It really IS that simple.  Don't tell me it's not -- we've lived this standard in our home for 23 years, not because we're pastors but because we are Christians and it's as simple as saying, "get to church, or your things are on the front lawn."  Period.)

People who are surprised when their kids walk away from God after they have heard them criticize the pastor and the church.  (Why would your kid want anything to do with the people of God or the things of God after you've decided to trash them?)

People who think their kids don't tell anyone what they tell them!  I can't count the number of times I've heard things from church people's KIDS that they never thought they'd let out of the bag!  A lot of adults can't even be trusted to keep their mouth shut, and you think your KIDS are going to?!

Girls or women who get upset and start crying about something in church, leave and go to the restroom and others who follow them and stay in there and talk and "minister" to them.  Nine times out of ten they are missing a message in the sanctuary that speaks right to their issues or they are missing a life changing altar service.  They simply cannot see that what they just allowed to happen was a distraction of the enemy that kept them from their breakthrough!!!

People who still bring their kid to an event that was clearly advertised, "adults only, no child care available" and then on top of that expect the organizers of the event to allow them to get their kid a plate of food.  Usually this happens in churches at things like women's events.

As you can see, there are quite a few things that puzzle me about people, and this list is just getting started.  As Kathryn often says, some people are a fascinating study in human behavior...

Ruth, PA said…
Wow, sistah...you hit just about every area! Like to add two of my favorites.
1)Prayer chains (aka gossip lines) I know that there are probably some legit. ones out there...somewhere. I just haven't found them.
2)Gossipy friends... Do you think they aren't talking about you?
6:27 AM

Dr. Deanna DossShrodes said…
Yes, those are good ones! Thanks for sharing...so true.
8:16 AM

1. A fresh roll of paper towels or toilet paper sitting on or next too empty roll. Why not just throw away old one and replace?

2. Opening a canned item, and then putting the leftover contents and the can in the fridge. We have tupperware.

3. Trash that makes it outside to the garage but never to the bin just five feet away.
8:45 AM

Leanne said…
"People who still bring their kid to an event that was clearly advertised, "adults only, no child care available" and then on top of that expect the organizers of the event to allow them to get their kid a plate of food. Usually this happens in churches at things like women's events."

I hear ya on this one!! Then when kids are running amok, people look at me, like, "Why aren't you entertaining them?" Uh...because I am here for a GROWN-UP event today!!!

Dr. Deanna DossShrodes said…
I hear you Leanne,and they look at me too as the co-pastor thinking, "what are you going to do about this?" or at times they even come up and ask me that. It's just LOVELY when I have to preach in a few minutes at an event and I'm dealing with that!! Sometimes one of my ladies or an usher will say something and inevitably the person turns on the tears and says, "I couldn't get child care...we will just have to go home..." and then everyone is staring at the debacle that is taking place with the teary person taking their child home. [sigh] Or, everyone at the table puts up with a child sitting at a table disrupting what is supposed to be an "adults only" night. Or, they leave the kids to run the halls of the SS wing, and somebody comes in and says, "Um, Pastor Deanna did you know a few kids are running the halls of the SS wing, and trashing a classroom?" Like I said, just LOVELY to deal with right before you have to preach. Welcome to the ministry! LOL
12:05 PM

Anonymous said…
Things that puzzle me....people who feel the need to portray a perfect life with a perfect family all for the sake of show.

Me, I prefer honesty. After all, isn't that what God really expects from us.
6:23 PM

Dr. Deanna DossShrodes said…
For sure. I've told our church people quite a number of times that I've been to counseling, and more than once. If they want a church with a "perfect pastor" who has never had any issues [translation = just somebody who never admits it] there are plenty of places they can go.

Although, I will say that even with issues, I thank God so much for my life and what the Lord has blessed me with. At the end of the day my problems pale in comparison with what many in the world have to go endure in hardship. What we choose to focus on is so important. (Glass half full vs. half empty...)
10:16 PM