Don't over think it 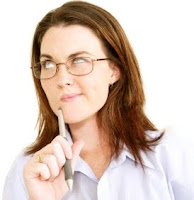 As my profile to the right hand side of the blog says:


"I'm a daughter of God, wife, mother, friend, pastor, career coach, freelance writer, musician, songwriter, worship leader, conference speaker and more... all at the same time. I write here about how all these roles in my life intersect since this juggling act seems to be what people ask me about most."

Women in particular, do ask me about this more than anything.  "How do you do it all?" is the most repeated question.  Many times I tell them things like:

These are just a few of my answers that I've given to their question but this week I realized something else about me and that is:  I don't over think it.

I've noticed that a lot of women I talk to give an enormous amount of time to thinking about how they will get things done.   The other day I was talking to a friend who desires to co-pastor however she hasn't stepped out to actually do it yet.  She doesn't know how she will "be able to do two things at once" as she puts it and has been consumed with thinking and worrying about it.  I told her, "I never gave a lot of thought to whether I actually could do two or more things at once,  or I probably wouldn't have ever gotten started.."

While some people are trying to figure out IF they can do something I'm usually already half way done doing it.  I don't say that to brag, but just to share my thought process (or lack thereof!) in fulfilling my life roles.  I don't spend inordinate amounts of time wondering IF I can do it, rather I've already determined that I'm going to do it, it's just a matter of how fast.

There have been a few times over the years that I've devoted a chunk of time worrying and analyzing "how am I going to do all this?" and it usually results in  a big wad of stress I don't need that keeps me from actually delving into the work at hand.  I do much better when I just leap off the edge of the cliff, and throw myself in fully whether it be addressing my home life, church ministry, coaching, writing, or speaking agenda.  I had it as my goal to get as much done each day as possible as well as leave a day each week for play.  Usually I exceed the goal, but one thing's for sure, over thinking would just get in the way.

Instead of thinking about whether I can do the work, I do the work.  Make sense?

Melissa Davis said…
Thanks PD, I must say that I do accomplish much throughout my day but not nearly what I tend to expect I would. This write up helped me realize that I put too much thinking in the process of my days agenda. This is a really bad habit that has to change - thanks again!
6:52 AM

Unknown said…
JUST what I needed to hear today as I stare down a lengthy to-do list, much of which is overdue because of a family visit. Here we go...diving, not thinking...
9:25 AM

Dr. Deanna DossShrodes said…
Go, go, go, my friends!!! Before you know it your work for today will be done and you can do something fun.
10:51 AM

Angie said…
If I had time to think about the list...the list would never get done. In other news...McMama's blog has lots of Kenya pics you might like to see. She's there with Compassion International this week.
11:25 AM