My top priority in this election 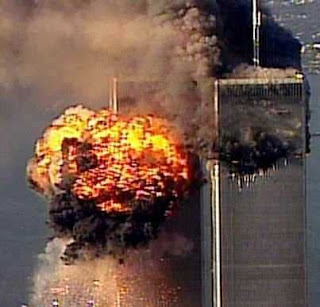 Who are the people who take the "Gallup poll"?

When you see that Fox News or CNN has taken a poll, who are those people?

ME! MY FAMILY! Yes, we are among them.

Seriously, a few months ago we got a call asking us to be a Gallup poll family. That means that they call us to ask us various things and we are part of the statistics on their polls.

We're busy and I don't need another thing to do or another phone call to take but Larry thought it was pretty cool and said, "hey, that's a great opportunity, let's do it!" So we did.

This past week on "Fun Friday" I got the kids off to school and went back to sleep for a few hours and the phone rang and Larry passed it to me. With his sleep mask still on, he passed it over to me mumbling something about..."here, it's a poll about the election..."

Disclaimer here: Keep reading, I'm not going to talk about who I am or am not voting for. (I never talk here on the blog about that -- only about issues or happenings with both or all candidates.)

The pollsters wanted to know what the biggest issue was for me in the election. They had pared a list down and it only included five or six things, none of which would be considered, "hot button" issues for Christians such as abortion, gay marriage, etc. There were only about five things and I don't remember the entire list except that the economy, immigration and national security were on the list.

It was an easy answer for me.

Most people probably think, "the economy! Surely you're as ticked off as we are about how much it costs to fill your gas tank, and what a few grocery items cost vs. what they used to, and your mortage insurance and yada yada yada. Yes, yes, yes, I am sick of all that. So sick of it. It's affecting EVERYBODY I know, bar none. Larry and I have close friends who are even losing their homes, going bankrupt, and more. It's a serious matter of prayer for me daily. It's not just "someone out there" that it's happening to, but people I dearly love. Our expenses personally (mortgage, insurance and the like) have gone through the roof, however I'm not complaining because I see what is happening to some of my friends and I realize I'm incredibly blessed. One thing I am realizing is that if a person went bankrupt in the past or foreclosed on their home, barring something very unusual it was always their fault -- usually mismanagement. Now, in this time we are living in, it's the first time where you really can lose it all financially through no fault of your own. I am learning that as I see some dear friends who have not mismanaged but just had unexpected things happen to them. Anyway, believe it or not, that's not my biggest issue in this election. As bothered as I am about this economy it pales in comparison to my biggest concern which is national security.

Nothing is 100% safe and secure - I realize that. We are living in the end times - I realize that too. I'm not naive that an attack can happen on anyone's watch. However, it's no debate that some former presidents have placed national security at a higher priority than others.

Back on that fateful day, 9/11/01, we were not Democrats, nor Republicans, but we were all simply Americans. On that day, there was an explosion of Patriotism we hadn't experienced in many decades, and a voracious drive among all Americans to defeat the evildoers who had harmed our people. I didn't hear one single person in all of America on radio, TV or who I knew personally disagree that this is what should be done. There was a 100% unity that we needed to voraciously defeat terrorists.

Now, seven years later the enthusiasm for that has waned and many have forgotten just how horrible that day was. I hear people (many of them celebrities who definitely are not authorities on foreign affairs) talk about "negotiating" with terrorists, "meeting with" them, trying to "understand them." The truth is, such people cannot be negotiated with, met with or understood. They are evil and must be defeated, plain and simple.

As bad as our economy is, why is national security a bigger issue to me? Because quite honestly we can live with gas being $4 a gallon even though it's really hard. But many will not live through a terrorist attack. And if we want our economy to really crumble, another attack is all it would take. Doesn't anyone remember how the economy took a nosedive when 9/11 happened? I have many friends who were almost immediately put out of a job. Do you know how many people I've sat with over coffee and heard this, "Well, I was laid off back when 9/11 happened..."

Terrorism also affects our economy. Uncertain times when it comes to national security also creates uncertainty in the economy. We can't afford another terrorist attack.

Nothing is foolproof and I realize an attack could occur on either McCain or Obama's watch, or anyone's watch. Realize, an attack took place on Bush's watch, but many people also blamed Clinton because supposedly a bunch of memos had come to his desk in earlier months and years warning him of this but he didn't do anything about it. Others say that it doesn't matter how many memos came across Bush or Clinton's desk - nobody could have predicted 9/11 or what would have happened. That's possible. I don't know the answer. (I'm also not an expert on foreign affairs or who was to blame, if anyone. Obviously I think we could agree, the terrorists were 100% to blame for what happened. What we're not sure of is, could any of it have been avoided?)

All I know is this...what is most important to me in this election is national security. And all the reasons I shared are why. Before ten years ago I didn't think much about national security. Before we were attacked on our own soil, I didn't understand the danger. But like many or most Americans, I had a rude awakening. And I'm a mother.

Seven years ago we lived an hour outside of Washington D.C. The night of the attack, I remember getting Savanna out of her crib and putting her in bed with me. I kept her there for a while. I held all my children closer. I drove them to school for a while and didn't let them walk. I watched for planes in the sky and started praying when I saw them. The most important thing to me in the world was making sure my family members were close, and safe. I remember calling my sister (who also lives an hour outside of D.C.) and crying together on the phone as she freaked out and left work to go pick up my niece and nephew from school, and hold them safe in her arms -- and keep them home for a while.

Will our new president care about protecting our families? Will they take no chances when it comes to this? Will they be ready in a second to do whatever it takes to save American lives? Will they have their finger on the button and use it at a moment's notice if they need to?

All these years later, it's still as much a priority to me. I've never forgotten the terror of that day. I will never forget watching on TV live on CNN as the plane hit the Pentagon and hearing them say, "our country is at war" and the next thing I knew I was stretched out on the floor in front of the TV crying out loud in prayer. My children's safety is still of absolute utmost importance to me. I'm still holding them close although I have started letting Savanna sleep on her own again (lol) but I'm praying to God that whoever gets in the White House will also care about holding their children close and keeping them -- and all of us -- as safe from these evildoers as possible.