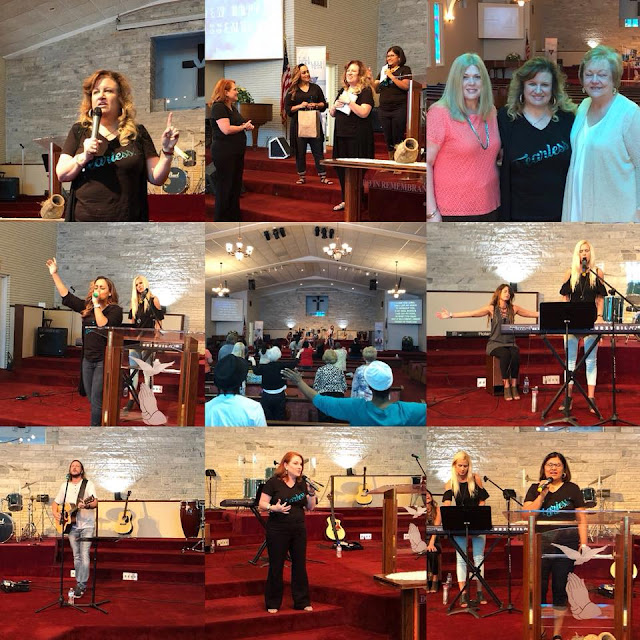 As I was preaching at the Fearless Tour at New Hope Assembly of God this weekend,  I got choked up, literally. For probably 2-3 minutes I coughed profusely and greatly struggled. Then I drank some water and kept preaching. Everyone was gracious to give me a few moments to get my bearings. If you were there, you'll remember it!

What no one realized at the time was that I swallowed a bug that flew right in while I was preaching! So disgusting! I said nothing because I was at a point in the sermon where I was really connecting and I knew if I said, "I swallowed a bug," everyone would either laugh profusely or be really concerned, or start feeling sorry for me.  And at that point whey wouldn't be thinking about the message anymore, but the fact that I had just swallowed a bug. They would then imagine what it would be like, and feel grossed out which is understandable. I was pretty repulsed myself.  It was quite literally "stuck in my throat" and I was hacking and finally decided to drown the thing and be done with it. (I'm on Keto right now, so thankfully it was just protein.)

We went on and it was a great response around the altars. I think of people like Jasmine who had a life-changing encounter with God. We couldn't afford to let a bug get us off track!!!

It's important to stay focused no matter what. All kinds of things come along to steal our focus. And they are legit. Things like financial issues, family problems, health problems, criticism and more. We can let these things determine the day or we can stop letting the tail wag the dog.

A bug could have ruined everything on Saturday, but it didn't.