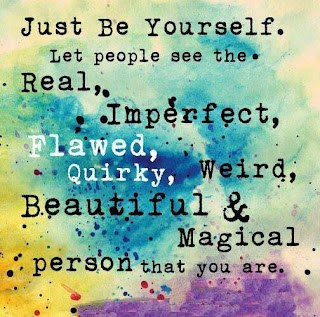 This year at the Stronger Conference, a young minister stopped me as I was walking out of the room at the conclusion of a workshop and she said, "I want to tell you something..." (I was all ears.) She said, "Do you notice how many of the speakers this weekend are saying, "Now, I'm just being transparent when I tell you..." or "I'm just keepin' it real..." I nodded yes. In fact, I mentioned that I was one of those speakers. I think I probably said a few times in both my keynote message and my workshop that I was just "keepin' it real."

After I affirmed that yes, I had noticed that -- she said, "Do you know why they have to do that? They do it...and you do it, because so many people don't keep it real. So many in leadership aren't transparent, Deanna. That's why all these people speaking here feel an urge to declare their transparency.." I let her know that usually when I say, "I'm just keeping it real" it's because I have just shared something that I believe some people may think is inappropriate because they aren't used to hearing it publicly. So they are shocked. And I'm trying to soften the blow to their sensitivities in some way.

She thanked me for leading a conference that featured such openness from the speakers.


The conversation with this millennial really left me thinking. Here are some things that rolled around in my mind...

Should we stop saying, "I'm just keepin' it real" or "I'm just being transparent..." or "Can I be transparent with you?" in our messages? Is it getting old? Overrated? It is really in vogue to make these statements, and maybe it's become overkill, a worn out cliche that has lost it's luster.

Maybe we all need to train ourselves to stop saying things like, "I'm just keeping it real" and just live real and let people notice that without announcing it. And if their sensitivities are shocked, well, just let that be their issue to process.