Sometimes It Pays to Say Nothing! 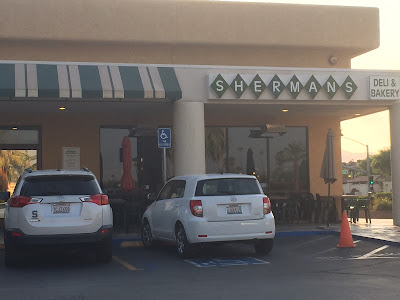 Sightseeing for two days led to a craving to do nothing and everything at the same time, yesterday.

Sleeping in.
Staying in jammies.
Reading.
Watching movies.
Cuddling.
And all that's great about spending a quiet day together.

When evening came, Larry said he wanted to try a spot that was featured on Diners, Drive Ins and Dives. It's a place called Sherman's with locations in Palm Springs and Palm Desert.

Something hilarious happened soon after we arrived. The server overheard Larry and I having a conversation about the selections on the menu. We were just talking in the same manner that we always do, but she took something more from the conversation. Something we never said!  Larry overheard her tell her co-workers, "These people are food critics!" She thought we were there to scope it out and write a story about the place. We decided to say nothing and let them think what they wanted to. You know what they say about assuming. Staying quiet was a great decision because after the server told this to her co-workers, they were practically falling over themselves to make us happy! Little samples came to our table. Was this so terrible that we didn't correct their assumption?  I decided to let it go and ask for forgiveness in my bedtime prayers.

Although the service was over-the-top because they assumed we were professional food critics, the food really did speak for itself. 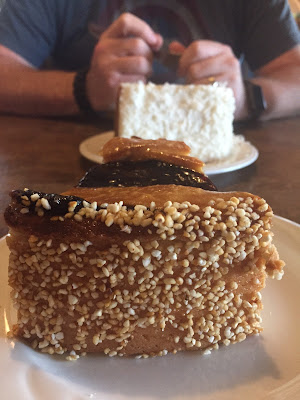 Take this pie for instance. See those little crunchy things on the outside? Those are crushed up cookie crumbs. It's "Marion Berry Pie." The bottom and sides are a cookie crumb crust, then cheesecake, then mixed berries on top. Divine! Sherman's makes all their own desserts. I was impressed. 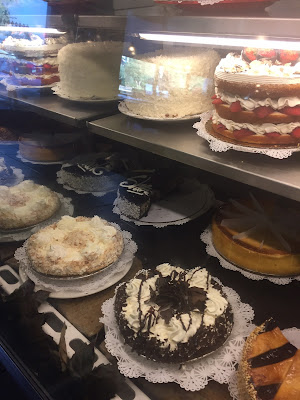 The most difficult thing was knowing what to select... 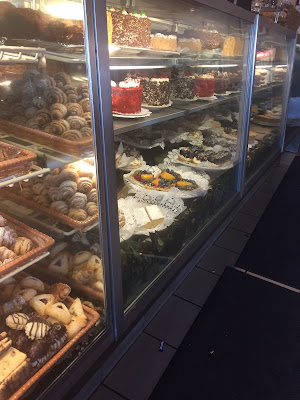 I could clearly understand why Guy Fieri decided to feature this place. Larry chose the Coconut Cake for dessert. He wasn't disappointed. 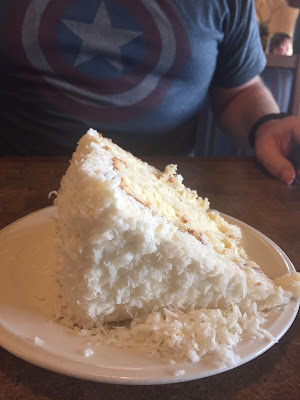 During my time here I've been working out with Revelation Wellness but dear sweet Lord, it can only do so much when it's up against this!

Would I recommend Shermans or dine there again? Absolutely. Although I'm not a professional food critic I'll gladly spread the word and leave a review on Yelp.

I thoroughly enjoyed our dinner but by far my favorite part of the day was our time together with nothing to focus on but rest and each other. And, I know if I'm ever out of a job, I can probably train to be a food critic fairly quickly.