Are You Open or Closed? (Your Future Depends On It!)

August 22, 2016
"I'm about to say something..." my assistant Erika said apprehensively, as if to warn me of something I didn't want to hear. What followed was something she thought I needed to hear for my own good. She was right, but I would have been fine with her telling me long before this conversation we had last week.

"You could have already told me that! Why didn't you speak up sooner?" I said. 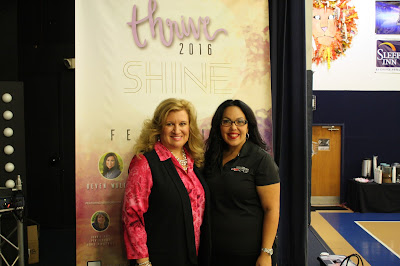 After letting her know I was grateful for the input and was going to change things, I became concerned that maybe there was a deeper issue. I thought maybe Erika thought she couldn't tell me the things I need to hear. So I brought it up again later saying, "Did you not think you could tell me that?" She said she did feel that she could tell me things like this without a problem, but she appreciated the conversation.

Andy Stanley says that leaders who don’t listen will eventually be surrounded by people who have nothing to say. I believe that's true.

An important point to make is that it isn't wise to listen to just anyone. Wrong voices lead to wrong choices. It is prudent to choose well and then listen to those who surround us. If we are wise we will listen not only the people who lead us or those with authority -- but those who work with us and for us.

Erika and I have had some deep conversations about what various people's lives would look like if they were truly open to hearing what about them needs to change. What would a person's potential be if they were willing to hear about any weakness or blind spot without offense? What could their future look like if they stripped themselves of insecurity and pride and allowed someone to speak into their life and then made a change?

I made some significant changes last week due to Erika and another leader in my inner circle speaking into my life. I'm better for it today. My only hope is that next time they tell me sooner so I can listen sooner! What about you?