The Number One Thing That Has Helped My Marriage

This is not a cliche.

Not a pat answer.

Not just something I feel I have to say just because I'm a Christian.

Or a minister, or a pastor's wife myself.

It's my life experience.

So take it for what it's worth from a person who is celebrating 29 years of marriage, today.

This is the number one thing that has helped me more than anything in my marriage.

Specifically, joining with someone else in fervent - warfare prayer.

It's important to pray with your spouse but I also believe it's important for a woman to have a Godly female friend who understands what is at stake, to stand in the gap with you and intercede.

"Again, truly I tell you that if two of you on earth agree about anything they ask for, it will be done for them by my Father in heaven."


There is power in agreement.

The enemy wants so badly to destroy our marriages. I've learned -- if you're going to stay together for a lifetime and particularly if you're going to leave a legacy, it's going to require some warfare. Because we're two human beings...two sinners saved by grace, walking this out every single day. There are days, staying together is war.  And I've never heard of anyone winning a war alone.

Sometimes you have to call in the reinforcements.

This is my friend Joanne. 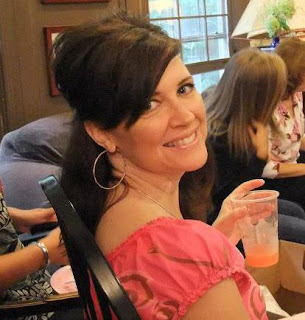 We've been friends for 31 years -- longer than I've been married.
She is my best friend from bible college, and my maid of honor. 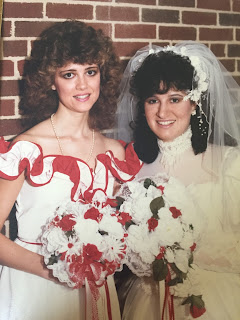 The victories that have been won in my marriage couldn't have been realized without her.

She is my comrade, my fellow soldier in doing warfare over my life and family -- and hers too. We stand in prayer for each other, every day...for everything concerning marriage, motherhood, ministry and more.

So many times Joanne has reminded me, "Deanna, we don't even have to ask God's will in this matter because we KNOW how He feels about marriage and what He wants to do!"

Joanne has reminded me so many times that we can pray fervently knowing the will of God because it's clear He wants to bless our marriages. We don't have to wonder what God wants. We can pray confidently and boldly and know we are in His will.

When Joanne says it's one for God, she's saying that it's not going to be by our might or our power -- but only by the grace and power of God that things are going to change. And she always follows that up by saying, "And fortunately we serve a God of miracles!" So many things that were "one for God" have been accomplished in grand fashion by God, in my marriage. And when that happens, it's the best thing ever. Joanne and I just exclaim, "Look at God!!!" over and over again and thank Him for His goodness. God has done so many miracles in my marriage and there have been countless causes for celebration. And there will be many more! Because I'm in this for life.
You can find a gal pal or a group of them who will sit around and commiserate about marriage. You can talk about how tough things are, bash men  OR you can find you somebody who knows how to go to war. The latter is much preferable. The first option brings no relief except the momentary instant gratification of spilling out to your girlfriend(s) about whatever is bothering you. The latter option actually has the power to bring change.

What do you want? A few seconds of relief? Or change? Take your pick.

I know what I want.

Thanks Joanne, for trading high heels for combat boots on many days and fighting for Larry and me, that we can leave a God-honoring legacy.

Now all you ladies who are reading this...go find somebody who will go to war with you, on behalf of your marriage. It will help you and it is worth it.