God Told Me I'm Supposed to Be Your Best Friend 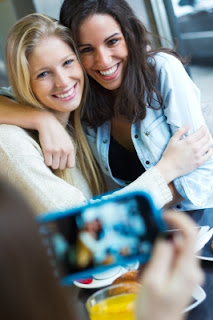 Recently I taught a workshop for pastor’s wives and I asked the question, “How many of you have had someone in the church approach you and say, “God told me we’re supposed to be best friends...?"Laughter immediately erupted and lots of heads were nodding and hands raised.

“God told me we’re supposed to be best friends…”  to

“I really want to know you more and get closer to you...”  to

“God laid you on my heart and said we're supposed to be close friends...”

Sometimes it comes in the form of someone relentlessly asking for private coffee/lunch times for the purpose of pursuing those things. (Note: there's a difference between spending time such as this for mentoring, discipleship, etc. and developing a close friendship.)

I asked the pastor’s wives gathered in that class if they had experienced anyone actually leaving the church because they didn’t get what they wanted in the way of a close personal friendship with them. As I looked around, most every head was nodding or there was a hand raised.

Years ago there was another female pastor/pastor’s wife who contacted me and told me we had a whole lot in common and they felt we were supposed to be good friends.  I was kind of freaked out by it because of my experience as a pastor’s wife in being pressured at times in the church by those who wanted to be my "best friend."  I never responded to  this person’s repeated attempts to get to know me. Then one day I came across an article online and it was as if I had written it myself. I couldn’t believe how much the author sounded like me. I was even thinking for a moment that it might have been one of my writings that I simply forgot I had submitted for publication. Intrigued by this, I kept reading and at the end of the article noticed that it was this same person who had been contacting me for quite some time. It was then that I realized that this gal and I truly eat out of the same box of Cheerios. I contacted her and said, “I think you might be right. Let's get to know each other a bit more...” We ended up becoming really good friends. What began as an online friendship blossomed into meeting in person and writing together and teaching at some of the same conferences. But, my point is -- I initially resisted all of her attempts to get to know her due to my experiences as a pastor's wife, with people pressuring to “be my best friend” and getting upset when that didn't happen.

I don’t have the answer to this issue, as far as ways to get it to stop. I don’t believe it will. I believe pastoral leaders will always face pressure like this to some degree. But I do have advice for church people who want to act in wisdom.

This is for those of you out there who are ready to grow up and be mature in Christ. I say this to people who want to be a church member your pastor or pastor's wife has trust in and feels at ease around. Because you see, when a leader feels someone pressuring them for something they are not comfortable with, they tend to be on guard more around that person. They trust them with less. And even the normal level they go to with trusted church members, they will probably not go to with a person who pressures and feel they need to have a greater formality and boundaries with that person.

Those who are wise will place no expectation of close friendship on the pastor or pastors’ wife. They are your leader first and foremost, not your pal or friend.  They have been called by God and placed there not to be your buddy but to serve as your spiritual leader.

Whether any relationship develops aside from pastor/congregant  is determined largely by the comfort zone of the pastor or pastor's spouse and the leading of the Lord in their life. There are different levels of relationship, as well.  I may have coffee or go shopping but there is a vast difference in that and sharing intimate details about home or situations in the church. There have always been those who inquire, and pressure me to go to that level, over the years and share personal things about my marriage or things behind the scenes in the church.

Sometimes people get angry when they cannot have that depth of closeness and they become negative, or leave the church– which is unfortunate.  While is wisdom for a church member to guard against pressuring their pastor or spouse in this way, it’s a wise leader that doesn’t give in to pressure simply to keep someone happy.

Anything formed out of pressure will one day implode.