For All The People Who Doubt That God Is In the Details... 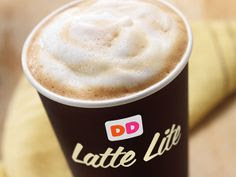 The finances of our home have something in common with how I lead PF Women. If we don't have the money, we don't do it. Larry and I only have two things on credit -- our home, and our car. Aside from that we don't have any debt that isn't paid off at the end of each month. And, we're tithers who give generously on top of that. We have always been faithful in our giving, and have grown wiser with finances as our marriage has progressed.We are grateful to God for His provision and blessing. So, with these things established:

I wanted to do a project in our yard. It wouldn't be a do-it-yourself project but one that we'd have to hire out. It would include a lot of things that are meaningful to me including multiple larger (more mature) dark pink crepe myrtle trees, rose bushes, hydrangeas, and a lot more. Plans were drawn up and we received an estimate. It would take at least six months to save up for the project. My favorite thing would be the area that would be created in our back yard that would include the crepe myrtle trees which have lots of meaning for me.

Larry wasn't particularly enthused about any of this but he went along with it because it was important to me. In May, the saving began. I hoped to have all funds needed by the end of October and would not start the project until every penny of it was in savings.

I let Chris, the landscaper, know the goal was to schedule the work to be done at the end of October. However, during the summer I developed a much stronger desire to get the project done. I knew we would never put any of it on credit, but I considered other possibilities. What could I cut back on, to make getting there quicker a reality? I knew Larry wouldn't want to personally sacrifice anything to make it happen faster because he didn't really care about it like I did.

The idea came to me that I could give up Dunkin Donuts lattes (latte light's with no sugar added, to be exact) until the project was over.   I drink them on the road more than anywhere, partly to stay awake and partly because I like them. Needless to say, I'm on the road a lot and I drink a lot of coffee. It was in the middle of the PF Women Couch Tour that I decided to start going without them entirely and save the money. I said nothing to anyone but Larry. And, he didn't speak to anyone about it.

A few days later I headed to my next speaking engagement minus my usual latte and much to my surprise when I finished ministering at the church there was a Dunkin Donuts gift card for me tucked inside an envelope. Not only that but - this started happening often! And, although it was remarkable, I never told anyone but Larry, until my season of giving up spending my own money on lattes was over.

The reason I kept it to myself was because I felt to tell anyone about what I was giving up or that people were suddenly blessing me with Dunkin Donuts gift cards might be perceived as a subtle or a not-so-subtle hint that I wanted to receive even more. I felt it would be dropping it into people's minds that I could use more cards, or they might even want to give something toward my project. If that were to happen naturally it would be one thing, but for me to have anything to do with putting the idea in their minds, I have issue with. I consider it manipulative, actually. So I refrain from anything like this. I believe it's wisdom to keep these things to oneself and let the Lord take care of it.
I continued to be surprised all summer. Despite my secret, it seemed the rest of the world had been clued in by God that this director runs on Dunkin. I ministered at Bellview Church on the Hill one Saturday and drove home. I got settled in my room for bed and opened my Bible to read it before sleep. An envelope fell out that had been tucked inside. When I finished preaching that morning I had placed the Bible on the front row and I realized someone must have tucked it inside during that time when I wasn't paying attention. There was a kind note from one of the leaders of the church and a Dunkin Donuts gift card.

Yes, I know this is a first-world issue but... I never ended up having to give up any lattes because I had more than enough gift cards for the next few months to cover them.  Not only that but we had the funds for the project in five months, not six.

I called Chris and told him I wanted to get started right away. He said it would be several weeks as he was completely booked. However, he did come by and mark the yard and kill the grass in certain spots to create a new bed in the back yard where the trees would be.

A week later on Wednesday evening, our sweet dog Maddie tragically and unexpectedly died. She passed away at midnight and we tearfully finished burying her in the yard by 4 am. Thankfully, we knew exactly where we should dig the grave since Chris had clearly marked the yard as to where all the trees and plants were going in. The next day, Chris called to say time had unexpectedly opened up for him and he was sending a crew the next morning to do the work. Within 24 hours of Maddie's death, the project was completed in our yard including the beautiful trees, rosebushes and hydrangeas that now overlook her grave. In a matter of a day a memorial was erected. A project my husband once cared nothing about is now incredibly special and valued -- not just to me, but to him.
God is a good God who gives good gifts to His children. He cares about every   detail of our lives. And now...photos of our project.

I am not showing the actual finished product here, but the plans. The reason is, none of this is flowering yet, so none of the beautiful colors can be seen yet, but come spring our yard will bloom like crazy! I would like to show here how it's actually going to look once things are blooming. Note that the crepe myrtles will not be white, but dark pink. Click any photo to enlarge.


And there is our new latest home project with tons of sentimental value, and a and thanks to our right-on-time God.

p.s. Please do not send me any Dunkin Donuts gift cards. I can pay for my own coffee and will probably start purchasing and giving others some cards now that the project is done. :)