5 Reasons to Stop Rehashing a Setback

September 10, 2014
People's failures teach us as much if not more than their successes. 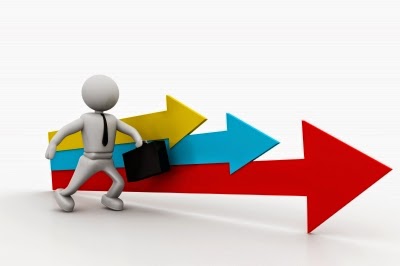 I've always been resilient.
Had to be.

It's a story bigger than one blog post.
The crux of it is, I learned pretty early in life that I could be resilient or die.

My former boss used to joke that while other employees were complaining about something that happened, I had already formulated a 10-point strategy to come back from whatever took place and was passionately trying to sell everyone on it. 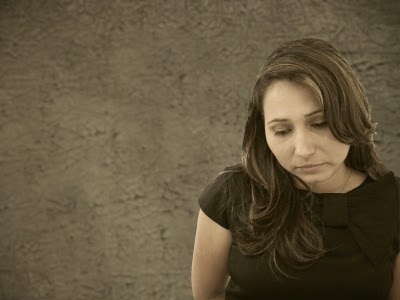 Why Some Leaders Don't Move Forward

A lot of leaders stay down too long after a hit. Staying immobilized for too long impedes a comeback.

If something bad happens in the course of my job, I usually blow off steam for no longer than a few hours. Then, I pray about it and work hard on quickly creating and announcing a new plan -- that day. The goal is move forward rapidly, to make whatever just happened obsolete as quickly as possible.

But one time I did not take my own advice.
At all.

In fact, it was like I lost my leadership-mind for a while.

"The Tragedy" aka, when Deanna lost her ever livin' mind

Years ago, Larry and I made a hire at the church that proved to be devastating.
We thought we had done due diligence.
But, we missed the mark.
No leader gets it right every time.


It wasn't just devastating to the church, and to our leadership team, but to us personally.


My marriage and family were strong at the time. But both were greatly impacted by an intense level of stress that we had never known to that point and haven't experienced since. I don't think I've ever seen my husband so negatively affected, by anything in our 27 year marriage. The staffer harmed him in a way that is every pastor's nightmare. It is only by the grace of God and the support of our leadership (who were also hurt), that we made it through. 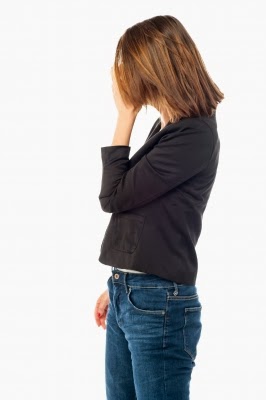 I blamed the ex-employee over and over again for what happened.

But I blamed me too.

"Why, why, why did I make that hire?" I asked myself over and over again.

I called myself names over it, I was so angry.

I thought I should have known better than to trust someone so completely who ended up affecting everyone around us in such a painful way.

Of course Larry had a part in it too, as we jointly made the decision.

But my husband respects my wisdom, and with just a few words of caution from my mouth, I don't believe he would have never made that hire.

So I blamed me more than anybody.

Every day my emotions played ping pong between blaming the ex-staffer and blaming myself.

Once the former staffer was gone, devastation in her wake only slightly less than Chernobyl, I talked about it daily to Larry and those in our close circle of ministry friends.

Maybe this was because the aftermath caused most everything in my world to change. My work load, our personal finances, our lifestyle and yes I know this is a first-world problem, our friendships.

Something as simple as being able to buy a cup of Starbucks was affected. I wondered if this was the first of the seven year Tribulation.

So everywhere I turned, we faced losses because of this poor business decision I made.
And that didn't go away overnight -- in fact, it got much worse before it got better.

I consider myself a generous person but quite honestly the sacrifices required of me in that season weren't made willingly but grudgingly and even angrily. Just keepin' it real. To this day, my best friend doesn't even use the ex-employee's name and simply refers to the whole thing as, "the tragedy."

Well, nothing really changed about all of this for a long time.

Because I didn't change.

I pretty much complained every time I needed to do everything from a bunch of jobs that didn't used to be on my plate to not being able to take vacation. First world problems? Yep. Nevertheless it was my world...our world, and everything that we knew. 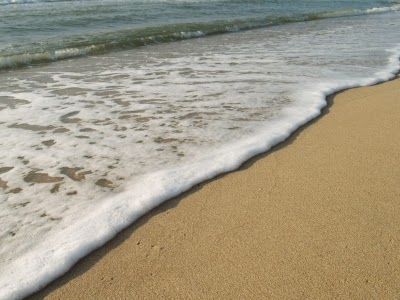 The Day the Tide Turned...

Nothing improved until one of my best friends who also happens to be a professional coach, gave me the wake up call that I needed.

Mid-conversation as I was complaining once again, my friend said, "Deanna, you handle this situation like no other you have ever handled as a leader. And, can I just  invite you to stop it?  I don't ever want to hear her name again!! Yes, it stinks. Yes, life is different now. But what you're doing isn't working. All I want to hear out of your mouth from here on is your plan to turn this around, by the grace of God. I know God will give you a strategy. He always does. But you're not getting that strategy. Because you're so busy complaining and blaming to hear anything God is saying! Please, I implore you to stop it,  GET UP, listen to God, and move forward."

That day was a turning point.

And that day with my friend's timely word, I got back on course.

Opportunities are most often disguised as obstacles. How can your present problem catapult you into greatness? How can you take your lemons and not only make lemonade but maybe even start an entire lemon revolution?

Prayerfully think...how can you use your present circumstance as an opportunity for the biggest comeback ever? There is a God-strategy to advance beyond your wildest dreams. Tune in and hear it.

2)  It does no good to rehash the failures of the past.

Take all your energy in doing that and don't allow any of your strength to be sapped by rehearsing what went wrong.

How can you take what's happening and make it work for you?

3) Blaming never moves anyone or anything forward.

A good leader knows that even in the worst of circumstances and even when deserved, blaming just takes valuable strength away -- sapping the energy you need to pull things forward. Blaming also impedes the forgiveness process.  God doesn't require us to trust people but he does require us to forgive them. Coming to a place of forgiveness in the wake of "the tragedy" wasn't possible until I committed to stop blaming.

Why don't we want to stop blaming? Because sometimes it's deserved.

If someone abuses you, steals from you, betrays you, etc. you think, "They are guilty! They deserve the blame." Truth be told, maybe they are to blame. But until you stop blaming them, YOU can't move forward.

Reactions are a knee jerk reaction to whatever is happening and are usually poor quality. Rather than continually reacting to the problem, good leaders respond with strategy.

5) Good leaders know that failure is not final.

There's always a way to move ahead.
Always.

But first we've got to stop rehashing the tragedy and get busy with God-strategy to advance.