Are You Just a Scared Grown Up? 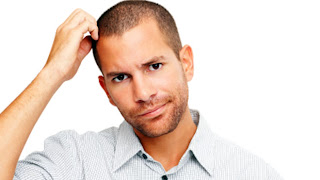 I have seen this firsthand as my husband does an experiment. As part of a teaching, he instructs a group of people that he is going to tell a joke that makes absolutely no sense. He prepares them by saying: "When a new, unsuspecting person comes in late, I am going to tell this joke. Laugh hysterically. Then we will see how the new person responds." Then they just wait for someone to walk in, and he tells the joke.

Nine times out of ten, the "new person" who walked in to hear the joke laughs hysterically right along with the group.

They don't want anyone to know they don't get it.
They are in fear of saying, "I don't know what you mean by that."

Every time I see this experiment lived out, it makes me sad.

Because I realize most adults have not really learned all that much from when they were kids.
They are just scared grown ups.

For years I've made a practice of saying to people:

"I don't know what you're talking about. Educate me."

They are always more than happy to. People love to talk about what they know.

If I am sitting in a meeting and someone says, "The PX293R is working well for us at the moment, but we aren't sure about the future."  I stop them right there and say, "Hold up. I'm missing something. Could you fill me in on what you're reffering to by PX293R?"

Usually other people in the room breathe a sigh of relief and say, "Deanna, I'm so glad you asked because I had no idea what it was."

I even do this about (gasp!) the Bible.

I know it's a shockeroo but I don't have the whole Bible memorized.

Why are we so afraid to say, "Hold on...can you explain to me what you're talking about?"