How to Comfort Others (Part 2) 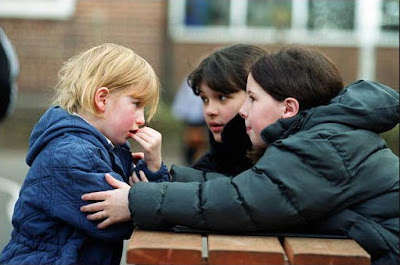 Did you miss part one of this blog series? Check it out here.

Today we're talking about things NOT to do if you want to comfort someone who is hurting.

Let the fear of saying the wrong thing lead to you saying nothing.
Push past your own anxiety, and reach out. Learn what to say.

Share clichés or pat answers like, “it all works out for the best” or “just turn it over to the Lord…”

Mimimize the loss, compare the loss, or share why YOU feel they were or are blessed by the loss.

For instance, when my husband and I lost our first child to a miscarriage, it was a horribly painful time. It was then that I learned just how much people lack wisdom on how to comfort people. As I was standing at the altar crying after the miscarriage, an older woman approached me and put an arm around me and said, "Pastor Deanna, I feel the Lord wants me to tell you it was for the best that you had the miscarriage. With the unhealthy direction your pregnancy was going, the baby probably would have been retarded anyway."

Yes, I am serious.  That really happened.

First of all, what a horrible thing to say. Second, it just made me extremely angry and didn't help AT ALL.

Larry and I have always keenly felt the loss of our first, although we went on to have three more. And, it took me about a year to move beyond the loss.

Pepper them with platitudes like, “It’s okay, he’s with Jesus now”  if a friend/family member has died.
Chances are your friend or family member probably doesn't WANT the other person to be with Jesus. They are grieving because they miss them. They may be angry that the person is with Jesus. People are not just processing where their loved one is -- but the fact that they miss them terribly and will not see them again here on earth.

Be Dimissive
"Well your grandmother was 93. Of course she was going to die…”

One again, it's not just about the person who is gone, it’s about those left behind and how they feel.

Tell the person they have to be strong, or tell them not to cry.
Giving them a safe place to express their pain is really important.

Put Them On a Timetable
People move forward at a different pace.

Avoid saying things like: “Shouldn’t you be over this by now?"

“Your boyfriend broke up with you six months ago? Aren’t you dwelling on this for too long?”

Tell them, “God won’t give you more than you can bear.”
Not only is this just another Christian cliche, but quite honestly you have no idea the magnitude of the load they are bearing. They may be at a dangerous place emotionally or mentally where they can't bear any more without professional help. Be a compassionate, non-judgmental voice. If they say they can bear no more, help them get professional assistance to bear up under the weight of their circumstance.

Tomorrow in part 3 I'll be sharing a  list of things TO do.