Dating? Watch Out For Fakers!
Five Ways to Discern & Avoid them 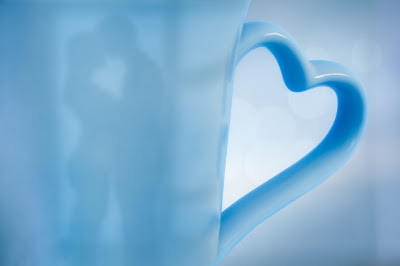 If you fit categories 1, 2 and 3 above, I'm imploring you to watch out for fakers. In this post I'm going to show you five ways to discern them and avoid them.


Let's talk about something I know for sure, aside from dating.  I've learned that when someone wants something they can put on a good act in order to get what they want.  I've observed that some individuals do a really good job of it even for several years.  People can't fake it forever, but they can persevere for a good while. When we  want something bad enough, we do what it takes to get it.

For instance, let's say a person leaves one church after causing trouble, to go to another and they want to gain a certain position in the new church.  They can fake it with their new pastor for months, maybe even a year or more. Some people can keep up the charade for a loooonnnnng time to gain their trust, get in their good graces and then once they get what they want, BAM!  I've had people fake it with me for up to two whole years. Yes, I'm serious. Two. Whole. Years.

Every pastor out there can tell you these people exist. They wreck havoc upon the church and the body of Christ. They will put on a performance worthy of an academy award to receive the object of their affection.

Now, I'm here to inform you that people do this in dating.

There are individuals who fake it to gain a guy or girl's trust and they do it for various reasons. Here are three reasons I often see: 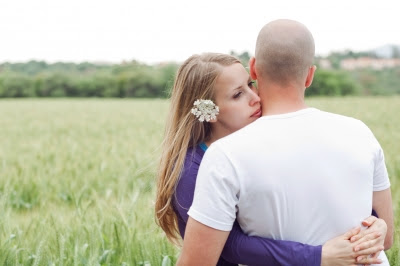 So, this partially explains why people who don't have the right motives to marry Christians, will sometimes  pursue them very strongly and go to great lengths to live out a charade in order to get them.

I know an absolutely gorgeous and pure Christian girl who was pursued by a guy who faked it in order to get her. Seriously, this girl is all that and a bag of chips and there's no guy on the planet who wouldn't want her. The guy came across as the "strong silent type". It was known that anyone who dated her needed to go to church with her, so he started attending there. He got involved, went through all the motions to fit in - even became an usher at the church and showed up at work days. He kept up this act for over two years. They got married and to her shock, a few weeks after the wedding, he stopped going to church. Devastated, she asked him why and he said, "Look, it's you I'm in love with... but I've never been crazy about that place...you're really all I ever wanted..." Feeling very strongly that marriage is for life she stayed married to him, and they have three children. She ended up a "single mom" at church --taking them to services by herself every week, and hopes they'll be Christians although their father has no interest.

We encountered this same thing with a girl our son dated. Her charade was really, really good. She wanted our son more than a fat kid wants chocolate cake. She began attending services every time the doors were open, and became active in the ministries of the church. He was completely fooled for a long time. But through prayer, God exposed the lie. Even during the breakup, she maintained her supposed faith in Christ and strong conservative Christian values. This was all in an effort to get him back. (Parents, this is why intercession is so important!!!) Ultimately the deceit was completely revealed. Once it was clear there was no hope of a future relationship, she began to openly live out her true values. She holds some of the most hedonistic beliefs you can imagine. I shudder to think that this person came dangerously close to being my son's wife and the mother of my grandchildren.

If you fit one of the three groups above and you are an absolutely committed Christian with a desire to marry someone as committed , I beg you to WAKE UP and BE AWARE there are people who will DO ANYTHING to have you. Some of them are quite attractive....you will find them to be physically and emotionally intoxicating at times. How do you discern a faker and keep them from sweeping you off your feet and ensnaring you in a trap?

I suggested this to a dating teen couple and the girl's mother was miffed and  said, "Pastor Deanna, seriously...get real. Did you fast and pray when you met Pastor Larry or did you just fall in love? Is love really meant to be that complicated?  Don't some people just fall in love and work it all out later?"

Um...no. In my experience of working with and observing thousands of couples, these things don't just work themselves out.

I did actually fast and pray. It worked rather well for me.

Move past the soft ball questions. Go right for the deep stuff.  Ask open ended questions (not ones that can be answered with a yes or no) about what God is doing in their life. When you get answers, ask follow up questions. Not just one time - talk about it everyday. If they aren't comfortable with talking about the things of God everyday and how the Bible personally applies to them, there's your first red flag.  If they seem touchy every time you delve into deeper spiritual topics, and they keep backing away into more superficial things, you might just be dealing with a faker.

If you get feedback that they are just "more private about their faith" and "love the Lord but just don't talk about it as much as others"...consider that your next warning.

If they claim to be chasing God but all they seem to want is your bod...consider that your next red flag.

If they say, "Don't get me wrong, I love God but I love you too, and I just want you soooo much..." and proceed to tell you they believe "God understands, and will forgive you for whatever you end up doing even though it might be wrong..." WAKE UP!

It's not always easy to discern a faker by yourself. Especially when you are attracted to them. There really is some truth to the statement that "love is blind." It helps to purposefully select a few mature Christians who will assist you in this area of your life. I strongly believe in this whether you're 16 or 42. Accountability is so valuable whether you're married or not. I have people in my life who hold me accountable in many different areas of my life, to keep me on track.

One of the red flags in any relationship is when it moves too fast. Are they in a hurry to make it official? Do they want you to get engaged or marry them quickly? This is a huge red flag. It is ALWAYS a danger sign to me when anybody is pushing me to do something quickly. On major life decisions, always take adequate time to pray them through, gain wisdom from mature people in the faith, and get the peace of God. Delay is better than disaster.