Why Some People Aren't Ready For Power Tools (Social Media) 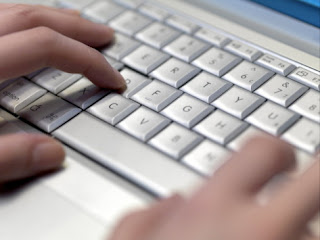 Facebook, Twitter, e-mail, and texting opened a whole new can of worms for those who serve in leadership. The changes have been mostly good. These tools have made my job 100% easier in so many ways, not to mention ripe with unprecedented opportunity.

At the same time these wonderful tools have also become platforms for bad behavior and perhaps the worst display of immaturity throughout the annals of history.

People say things through e-mail, text, Facebook and Twitter that they would probably never say in person. Sitting behind a computer without actually facing someone down personally gives some people the courage to say what they would never say otherwise -- and probably shouldn't say.

In my role as a pastor, I receive communications through all of these modern inventions that never would have occurred twenty five years ago when I started out in ministry.

On the good side, I have made friends all over the world who encourage me night and day in the callings we live out. Keeping in touch with people has never been easier.

On the bad side, people say negative things quickly, and often, regretfully. In the "old days" people might rattle off a letter when they were angry, but after addressing it, putting a stamp on the envelope and walking to the mailbox, they would have some time to cool down. More often than not, sound judgment prevailed. They would think twice about sending something vitriolic. Mature thinking folks would use the letter as a way to get it out of their system, but stop short of actually sending it.

Gone are those days.

E-mail or Facebook messages eliminate the step of giving a short cushion of time to think about sending, or the ability to go out to the mailbox and remove it before the mailman arrives.

For folks who don't have the time to spew out a full scale letter, they take short 140 character shots on Twitter or do a vaguebook Facebook update (or sometimes even a not-so-vague) that slams the target of their venom.

More people today seem to Facebook their issues instead of facing them. It's immature, and also unGodly.


Wisdom must be applied to properly handle a power tool, especially if you consider yourself a person of faith. The potential for immaturity, not to mention lots of pain and misunderstanding, is just huge.

Here's to maturity, and only handling power tools when we're ready to handle them.