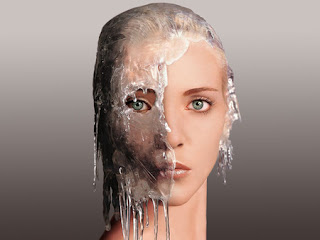 Years ago there was a man in the church who served in one of the ministries I directly oversaw who would exhibit abnormal childlike behavior when he didn't get his way. Being the direct overseer of the department, I had a front row seat to his tantrums. Actually I would characterize them as reminiscent of "rebellious pre-teen behavior". It wasn't just me who noticed this. In frustration, other church members would sometimes quip, "would you please grow up?!" when he'd have a meltdown.  We'd endure behavior resembling that of a young teen boy who had his video games taken away.

One day in staff meeting, our children's pastor mentioned a psychological issue with some adults who were abused as children. They become developmentally frozen --"stuck" at a younger age -- the one at which they were abused.  These adults usually don't progress emotionally beyond that age, unless they undergo therapy or God does a miracle. When our children's pastor spoke of this, it suddenly  dawned on me...the man's wife had previously mentioned to me that he had been abused at age 13.

I've identified this in women as well. One regressed to child-like, immature responses similar to an elementary schooler when things didn't go her way.  She was abused as a much younger child. Know that it may not always express itself in anger or a blow up. Sometimes it presents as manipulation, general immaturity or other childlike behavior. I have a pastor-friend who shared with me about an extroverted congregant with this issue who suddenly becomes coy and begins to talk in a "baby voice" (up high and more breathy) in an attempt to manipulate situations.

My friend Jessica Smith, a licensed professional Christian counselor, tells me that this condition is called Developmental Trauma Disorder. Since becoming aware of the existence of this condition, it's amazing how many times I've identified it in adults in the church. If they don't receive proper help, they remain developmentally frozen. And in my experience, also hard to lead.

If you are a leader who is dealing with this I would highly recommend talking to a counselor who has experience with these type of cases. Even if the person in question doesn't see the issue and refuses to get help, it is very beneficial for you as a leader to have the support of a counselor to assist you in developing a plan.