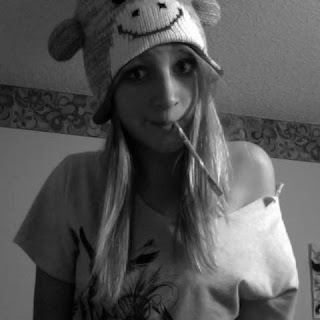 Me: I really don't want you to wear that to school tomorrow, Savanna. I believe your classmates will laugh at you.

Savanna: [batting her big blue eyes at me] I don't care if they laugh at me, Momma.


I will confess that in the beginning, I feared for her. I thought at some point, she would get off the school bus, run home crying and throw herself down. Grieved by her classmates taunting. I had visions of bullying.

But it didn't work that way.

She became the trend setter. The one who stands out.

People are driven to do one of those two things.

I've always been driven to stand out. Sadly, I feared when my children went this direction. All of them went the stand out route, in one way or another. Like me, Dustin isn't someone you would describe as caring a lot about fashion. But, he is a creative type -- a communicator who stands out. He stands out with his words. Jordan stands out externally and internally. He makes a statement by what he wears and what he creates.

So, why did I fear for them?

Because I know the pain of standing out. There can be periods of loneliness and waiting for something good to happen.

For an artist of any kind there are intense seasons of aloneness and behind-the-scenes hours and days and months of preparation, with little feedback. And sometimes you create something and people don't respond the way you thought or hoped they would. Sometimes they hate what you produce. So you are standing out, in a way you didn't imagine.

As a mother, I stood out like a sore thumb with the way I raised my kids. Some people resented me for it and told me I was doing it all wrong.

Standing out requires being okay with standing alone at times.

Standing out requires perseverance in the silence.

Standing out requires an inward assurance that you are doing the right thing even when you don't always have a cheering section to tell you that.

Standing out rocks though, because it's the only way to become...outstanding. 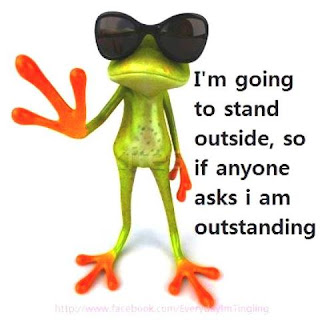