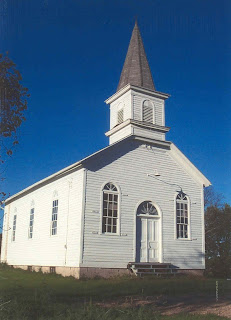 This may just be the strangest thing that has EVER happened to me in an elevator.

Why am I including an elevator story among the "True Church Stories" series? Because I include things in this series that go on in the course of ministering in the "church world", not just in the church building or office.

In addition to pastoring at our church I also travel and speak. The past few years I've traveled an average of about one weekend a month doing that. Many times I've been asked to speak about marriage. In fact, at our district Experience Conference, I've taught the session on married sexuality for many years. I asked not to have that assignment this past year, because I was kind of tired of being known as "the sex lady" at least as that particular conference is concerned. I enjoy teaching about biblical sexuality, but I also like to share on a plethora of other topics. So...

At a women's conference years ago here in Florida, I was asked to teach about sexuality and I shared that my husband Larry and I have a policy of telling each other things we are feeling, even if it is sometimes difficult. We find it's important to build a closer relationship. I have rather pale skin. Larry lovingly told me one day that with my skin tone, he appreciated when I would wear darker color undergarments rather than white as it made me even more attractive to him. I could have been offended that my husband was basically saying, "you look pale and pasty in white panties" or I could listen and try to make him happier. To me, it was something very easy to change. So why not? I started wearing darker colors more often. What was my point in sharing that with an audience of women? Simply that little things like that often make a big difference to our spouse. Rather than take offense at their honesty, if we can look for ways to be a blessing, it's a really good thing. This goes both ways, of course!

The wives at the conference really seemed to appreciate my candor. Some of them went home and asked their husbands, "is there a particular color or style of bra or panties you prefer me to wear?" It seemed to spice up some marriages.

I was in Orlando, preaching at a conference. The conference had not started yet. I arrived at the hotel with the woman who was my assistant at the time. We got our luggage out of the car and checked in to the hotel and got on the elevator, which probably had five or six other people on it.

I recognized no one.

As we neared the next floor and the doors opened to let people out, a woman I did not know leaned in and said to me, "I don't wear white panties anymore..." and with that said, she rolled her suitcase out and quickly left the elevator and turned the corner.

Everyone on the elevator could hear her statement about the panties. Their eyebrows were raised in total shock.

My assistant looked at me and said, "What the heck? Do you know that woman?"

I just laughed and said, "no, but I know exactly what she's talking about..."

I subsequently told the elevator story at that conference where I was preaching, and now there are a group of people who call me, "the panty lady."

The following year, Kim's senior pastor's wife scheduled me to come to their church and speak for a ladies event. They had a poster in the hallway of the church and Kim said, "Oh my gosh, David, the panty is coming to speak at our church!!  There's a poster with her on it in the hallway!!!" David ran around the corner to look at the poster to see who it was and as he did his face turned red. He said,  said, "oh my word, Kim. I can't believe this. The panty lady you've been talking about the past year is my former youth pastor's wife!! This has gone from cool to seriously TMI!"

You can't make this stuff up...