What Do Billy Joel & Revival Have in Common? 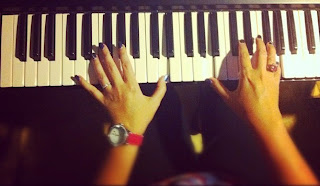 Honesty is such a lonely word.
Everyone is so untrue.
Honesty is hardly ever heard.
And mostly what I need from you.

I can always find someone
to say they sympathize.
If I wear my heart out on my sleeve.
But I don't want some pretty face
to tell me pretty lies.
All I want is someone to believe.
~Billy Joel

What would happen if every Christian were committed to live in radical truth?

If we want the world to pay attention...maybe we should start by telling the truth.

Those who serve in ministry or have grown up in church have probably heard thousands of sermons. Many of them, we don't remember. A few we never forget.

Years ago on a Wednesday night, the church I was a part of had a guest speaker named Steve. He  scrapped the message he planned to preach in the car on the way to the service, because God burdened his heart with something else on the way there. It was simply titled, "Honesty."

Steve talked about how God convicted him for lying to people about basic things. He said he told hundreds, possibly thousands of people that he would pray for them...and then he never actually did.  "I'm praying for you" was just a glib answer he gave to people to momentarily comfort them when they shared their problems. But he almost never followed through.

He was broken. He confessed everyday things he lied about. Then he said he didn't know how he could ever expect to win the world if he couldn't tell the truth in practical everyday things.

That message really affected me. Steve stood at the altar weeping. I was weeping too. A lot of people were. I committed at the altar that night to pray for people as soon as I told them I would, so I'd never just glibly tell a person, "hey, I'm prayin' for ya" but never follow through. I also have a practice of making a list of everybody I'm praying for, so I don't forget. Even though forgetting is for many of us an honest mistake, I realized right then just how much I forgot and how unacceptable it was.

Some may see that as legalistic. Perhaps a bit, and at the same time I'd rather err on the side of caution so I'm not living in some land of meaningless cliches without really caring or helping anybody.

Steve's message burned into heart that night and I never forgot it. I still have the cassette tape from that service at home in a keepsake box.

At the reemployment company I work for part time, we have timesheets. It's been my practice from the beginning to round my time down, not up, if I'm not sure. Nobody asked me to do that, I just felt in my heart like it was the right thing to do.  I'd rather have my boss question me about not billing enough time rather than billing too much.

There are so many things that could get in the way of showing the world Jesus' light. I don't ever want dishonesty to be one of them. When I tell people who Jesus is, if they have to wade through my fibs first in order to get to Him, it might be kinda hard for them to receive Him when I'm trying to tell them how great He is.

Truth has value.  Even Billy Joel said, "All I want is someone to believe."

I believe everybody wants someone to believe.