Terrifying Words: "We Have Your Son..." 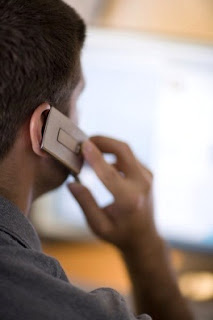 Just prior to last night's service at Celebration, my friend Candy Rivera received a phone call on her cell phone.  A man's voice, a stranger on the other end of the line, told her that her son, Eddie Jr. and our son Jordan (best friends) had been abducted. He told her that the boys would be killed unless a certain amount of money was immediately provided for ransom.

Candy frantically ran up to the church office building where my husband was and asked him, "where is Jordan?" Larry responded that Jordan was at scuba class. (Jordan rarely if ever misses church but last night was his mandatory test for scuba certification.)  They had assumed their son was getting ready to come over to the church. Candy and Eddie Sr. made calls to try to reach Eddie Jr. and my husband called to get ahold of Jordan.

They finally reached them. Both of the boys were fine. Jordan was at class taking his test and Eddie Jr. was on the way to the church service.  They asked both boys questions to  make sure they were not being held against their will.

They called the police. When the police came to the church to investigate they told them that this is also happening to other people and it's difficult to catch the culprits because they are more than likely using an app that masks the phone number they are calling from.

Criminals are trying to quickly get money from frantic parents before they discover that their children have not actually been abducted.

How sick is that?

Thank God this was a hoax!

Last night when researching the news, I discovered that this is taking place in many locations. Please be aware of this for your own information. Also, pray for wisdom for the police to catch these criminals and that no more parents have this experience, or give these men money.