What Happens When You Look at Someone Who Looks Like You

July 11, 2012
I've never in the history of my blog written about what I'm going to write about today. I've been asked to by a few people, and some even begged me. But I never have.

I'll just tell you that up front, today is an experiment.  It may be the first and last time I write about it.

Why have I never ventured to this topic? Because I can't handle people disagreeing with me about it.

That's rare. By nature I am very open to feedback. I welcome differing points of view and open conversation. I know how important healthy disagreement and even debate is. But on this, I'm just telling you, I can't go there.

I'm still working on it.

I've met a lot of people who spout off platitudes on this topic, especially if they aren't in the same shoes. And it gets messy. And hurtful.

So I stay quiet. Because I'm not into messy or hurtful, at least never on purpose.

I only talk to a few close friends who I know understand about this issue. They typically say, "oh my word, Deanna, why, why, why aren't you writing about this? We need your voice!"

I admit, I'm middle age and haven't grown to the point where I can emotionally handle somebody telling me their differing opinion on this. And blogs are places that if you're doing it right, you're open to somebody's opinion besides your own, and  you're inviting conversation. And if you aren't big enough to do that, you're a whiner and nobody wants to read your blog or really anything you have to say.

So what is this topic?

Why am I compelled to write today?  Well, I'm breaking my silence on the topic for one day, so I can share this.

I came to a realization last night that was starling for me. I don't know why it was so jarring. It's so basic. But there it was...huge, for me. 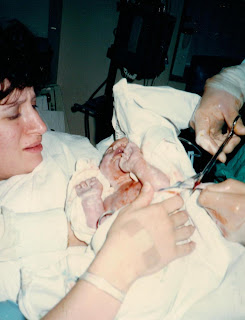 I realized in the middle of the night that my son Dustin is the first relative I ever met (that I could remember) who shares my DNA.

His were the first eyes I ever looked into and recognized something in them of myself.

He is the first blood relative that I laid eyes on, with the realization that I was looking into the face of someone who had a genetic link to me.

A few years later, I met my birth family. But before that, Dustin was the first person I ever met that I share a genetic link to, and Jordan was the second.

I know it might sound dumb to the general population or even unimportant, but to many adoptees it's very important.  (Yes, I know you have a brother or sister or cousin or friend or your babysitter's uncle's hairdresser who is adopted who never cared. Everybody can come up with somebody who never cared. But   millions of adoptees do care and if you doubt that, I'll give you the addresses to a few hundred blogs where they all talk about it openly.)

All kinds of emotions stirred in me when Dustin was born, some I could pinpoint but  many I couldn't.  This was one. Every new mother feels something they never felt before when a baby is born. I now understand there was an added dimension for me, although I didn't realize it at the time and was unable to express it. Part of the bond I had with my son was that I could see something in him of myself. And that was totally new to me. It's something the majority of people in life just take for granted. Some think it's silly that we even care.

That's part of what makes a lot of people like me only talk to very few people who care, and get out of the way quick when the topic comes up so we don't react poorly to people who don't and want to give opinions that are both uneducated and inexperienced.

All I can say is, looking at a person who shares your DNA is huge when you've lived your entire life before having never looked into the face of anybody in the world who has any of your features.

We have always been very close and we also share much of the same personality, talents and attributes. Some people when referring to him/me have said, "If you've seen the mother, you've seen the son..." :) 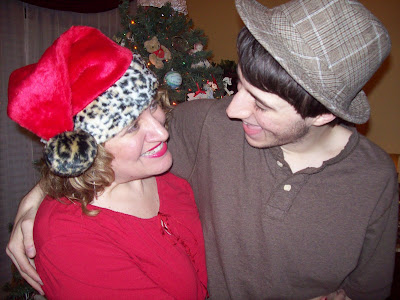 I am just realizing today, 22 years later, just one reason among many that his birth was such a turning point for me.


I wanted to tell him immediately in the middle of the night, but didn't want to wake him up so I wrote him a letter. It was waiting for him this morning. Even though he's not adopted, he understood why it means something to me. Because he's sensitive that way. And he talks to me with understanding about this and most everything else.

When he woke up and read my letter he said, "that's awesome Mom, that is so awesome!"


I knew he would think that.


Now, back to my cocoon.

I probably won't be writing about this again, but if you want to the read the blog of someone who does write specifically for adult adoptees and is making a huge difference on the issues that concern millions of them, Amanda's your girl.