June 15, 2012
I got a total shockeroo earlier this week. Today I'm going to share something I believe is valuable for some of you who, like me, never knew this existed up to now.

Earlier this week, someone made me aware of "Other Messages" on Facebook. I never knew there were anything other than just plain ol' Messages. Did you? I read mine and was absolutely stunned by what I found.

Once I was made aware of my "Other Messages" I promptly went there and could hardly believe my eyes.

There were five different strange men unknown to me who wrote letters asking me out. One outright begging me to have an affair on my husband. No, I'm not kidding. Although I promptly deleted them without responding it was, well...rather interesting for this mid-forties momma who is always battling too much junk in the trunk and wishing my stretch marks would fade. :/

Lord have mercy!!! What were these men thinking?

After deleting the trash, I found a pile up of correspondence that I really did need to be aware of!

Included in the pile was a letter from an acquaintance asking for help with their missions trip which was...a year ago. (Sorry I missed it. I had no idea.)

There was a long heartfelt letter from a woman in a far off state where I preached last year. She was pouring out her heart her life situation and went on to say how God radically changed her at the altar. She just wanted me to know the back story of what God did in her life during my time of ministry there. I was so sad that I never saw this letter at the time she wrote it, to respond. I can respond now but she probably wondered why I was so cold-hearted at the time, to never say anything back to her in response. I feel terrible about that. 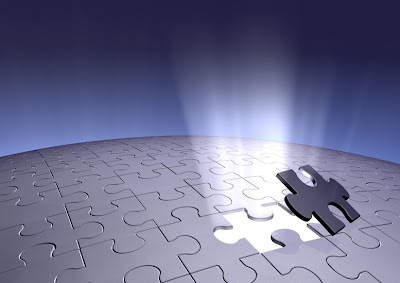 And then...among the messages was a letter that really gripped my heart. A stranger, but someone I immediately understood. The letter was from a young lady searching for her birth family. She's using Facebook to search. And somewhere she found a connection between me and some of her birth family. And, guess what...I do know them! We are friends! And she found me on Facebook, and was asking if I could put her in contact with them. Um, wow.  Just wow. I'm so glad I can help this young lady "put together the missing puzzle pieces of her life" as she phrased it in her letter. All I can say is that it made me sad that she wrote this letter in April and I hadn't seen it til' June, but now that I see it I can help her.

My friends, I am not sure what's waiting for you in your "Other Messages" box, but this is what was there for me. I implore you, delete any messages from men or women wanting you to have affairs on your spouse. But enjoy the other letters that may be waiting there from people who want to tell you something good, or people you may be able to help.

To get to your "Other Messages": 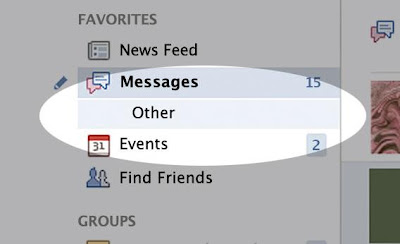 Go to "Messages" on Facebook.
Once you are at "Messages" click on "See All Messages."
Then look at your left hand sidebar where it says "Messages."
Under Messages it says "Other".
Click "Other."
There you go...your "Other Messages."