So it's not fair. Now what?

My husband walked into our bedroom late one night in the year 2000, and handed me a book as I was lying in bed. The book was entitled, Who Moved My Cheese...An Amazing Way to Deal with Change in Your Work and In Your Life, by Spencer Johnson and Kenneth Blanchard. I read about two chapters of the book and got so angry, I threw the book across the room.

It slammed against the wall and fell behind my husband's dresser where it stayed for the next year.

Angry at unwanted and unwelcome change in my life.  Railing out about unfair circumstances.

Larry let the book stay behind the dresser without saying anything. He quietly prayed for me for the next year, waiting patiently for me to come around.  He's always known who had the power to get through to me when he couldn't. Larry says, "When I can't get through to my wife about something, I've always had reassurance that it's going to be okay because I married a woman of God who prays. And when my words aren't breaking through, I ask God to speak to her and He always does." 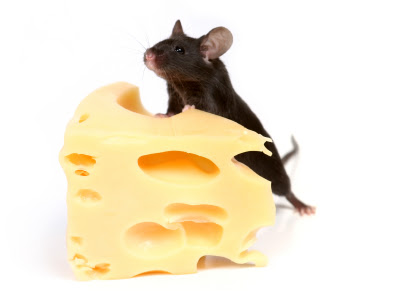 For those of you who haven't read the book, it's about two mice, Sniff and Scurry, and two "little people" --  miniature humans named Hem and Haw. The four of them live in a maze and hunt for cheese. They travel the corridors and end up finding their fill of cheese at "Station C" each time. They become used to the routine and are really comfortable . Then everything gets turned upside down in their world when somebody moves the cheese. Instead of heading in a different direction to find more cheese they get angry at how unfair the situation is, and they go home hungry. They keep returning to Station C, only to go hungry again. Hem and Haw keep up this behavior and keep flipping out that the cheese is gone while Sniff and Scurry decide to check out Station N and find new cheese. The rest of the book details what the four go through in adjusting to change. Hem and Haw are afraid to venture beyond Station C but they are literally starving. They spend a lot of time lamenting the unfairness of it all while Sniff and Scurry are receiving nourishment at their new cheese station.

And I'm still there. I get mad about change just like you do. But I've learned a few things since 2000.

Twelve years ago I let the book fall behind the dresser and refused to look at it again for 12 months. I lashed out about how unfair things were. I didn't want to talk about new cheese. I just wanted old cheese to be fixed. I didn't want to discuss new cheese much less try to find it. Eventually I realized that like Hem and Haw, I would starve if I didn't. I had to change.

I still get really mad about change sometimes. What's different now is that it's a flash of anger and almost in the next breath I think about what's next and start prayerfully planning a response. The old me took months, maybe even a year to vent about the unfairness of something before I did anything. The new me allows myself a very brief time (maybe a few hours) but pretty quickly I start searching for new cheese.


An awesome technique I learned in career coaching from my former boss and friend, is to let a job seeker vent as hard as they can for about five minutes. This means letting them go for about five minutes, no holds barred. Then after getting all that gunk out of their system, we can move forward to talk about their options for the future.

Most of us spend way too much time venting about old cheese and we wonder why we're so hungry.

If you find yourself in this category, I invite you to set a timer and take about five minutes to go as hard as you can and get it out of your system. Phone a trustworthy friend, or write in your private journal. Then, start looking for new cheese. 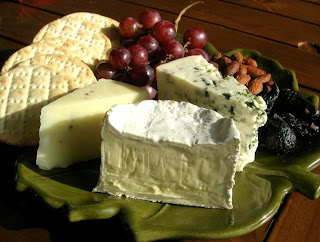