May 11, 2012
I can't remember exactly when I met Lisa Alexander. It's been a long time. It feels like we've been in each other's lives forever. I do remember where I met her. We met through Pastoring Partners, the organization I lead for women who serve in ministry. She also serves as one of our writers there and is a huge encouragement to the many women who have been helped through PPN. For a long time ours was an online friendship but it blossomed to real life and I had the tremendous opportunity to go to Houston and speak at the church where she and her husband Elgin served as lead pastors at the time.  There is an amazing amount of talent all embodied in one person when it comes to Lisa. She's a powerful minister, an excellent minister's wife, an amazing mother, a marketing expert and a whole lot more. She mentors in all of these areas and more and immediately came to mind as someone I knew I wanted to have guest post for this series.  I know you'll enjoy her insights as much as I do.

Deanna knows I have mentored a time or two and her following statement made me want to fly to Tampa and high-five her personally. A cyber high-five had to suffice. She said:

”Many people don't want a mentor as much as they just want a sounding board. Many people simply can't stop talking about themselves and all that they know long enough to listen or receive from a mentor.”

As a mentor this has been one of my major pet peeves.

My question is, “well when does the mentoring begin and the dissertation and its many iterations end?”

I often wonder if the reason for such behavior is because of a lack of understanding of the mentoring process and proper protocol.

Tell me no lies
I think I understand why Jesus asked the man in John chapter five who had been laying at the pool of Bethesda lame for over thirty years, “will you be made whole?” Because not everyone is interested in healing even if they position themselves in a place to be healed. The situation becomes comfortable and familiar and sometimes even profitable so healing isn’t desirable because responsibility follows healing.

So not everyone claiming they want a mentor actually wants one. They don’t want the word of wisdom and word of knowledge dispensed because change would have to occur and implementing change isn’t easy. Sometimes it’s outright scary but I know I read the greater one lives on the inside of the believer.

And then what really chaffs my hide is, you offer God-given wisdom and they don’t take it…they lump it. Or better yet go get a second opinion as though your counsel has failed them in the past. Only when the second opinion lines up with you said in the first place do they half way attempt to follow the word of Lord through you.

These types of mentoring relationships have me ask myself, now where exactly am I casting my pearls?

You must have me confused 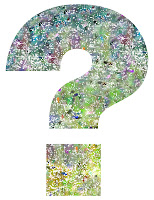 Sometimes I’m certain people have confused the nature of the mentor-mentee relationship. They believe it to be a girlfriend or sista girl relationship when in reality it is not and I believe therein lies the rub.
They definitely acknowledge you as a source of wisdom, finances, or whatever else they may need at the time and the treatment or handling of you is casual at best.

These mentorships should not last long in this upside down state. Don’t be afraid to have a crucial conversation and right the relationship, or at best limit access or end altogether. At the end of the day, you are responsible for the talent given you. That’s one of those hard truths but it's true anyway.

As a mentor, I will be your biggest cheerleader….pom-poms included. But if at some point, I’m the only one cheering or there becomes less and less to cheer about, I temporarily retire my pom-poms.

There has to be a level of commitment by the mentee to do…to put into action…to walk out what God has spoken. Putting faith into action, being obedient to God’s Word and seeing growth is certainly something to celebrate. Even if one has a misstep but gets back up and continues, I’m still cheering.

But I refuse to bring my pom-poms to a pity party or some private blues jam session. Play Donald Lawrence’s Encourage Yourself and get back on track. Don’t get me wrong, I’ll encourage and pray but I cannot out-do anyone’s personal effort. I would tell people all the time, “I can’t do it for you.”

Deanna, I promise I understand your decision to temporarily lessen the number of mentoring relationships. You should look into coaching…I hear it pays well! :)

Lisa Alexander has 20 years of design and marketing expertise and is known as "The Marketing Stylist." She's also been married to the same great guy for the past 24 years and is not only a minister's wife but a minister in her own right and author of the book Marriage & Ministry. She lives in Houston, Texas and is the mother of two children.