What to do when it looks like things will never change 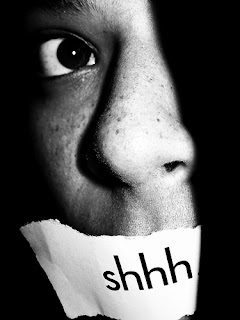 "Don't you ever tell anyone what you just told me..."

These were the words my husband Larry spoke to me after I revealed to him the details of a word I received from God while I was in prayer.

Larry knew it would be dangerous for me to share, at the very least professional suicide. I never have spoken of the details, but I am going to share in general terms today because I believe somebody reading this needs help to move forward today.

I saw injustice in a situation and I desperately wanted it resolved. By the looks of things, evil was winning. I was so disheartened. This was not the kind of thing whereby I could just speak up and see a change happen. I'm willing to speak up when necessary but in this case, all of the courage on my part would not change things. It was the kind of thing where God had to speak to many other people and create a change that came from Him, not from people.


During that time my house was filled with teens and the evenings were so noisy at our house. I felt led to go out to my back patio to pray during that season, after dinner. During the winter months it would get below 60 degrees here in Tampa and Larry would light a fire in the pit out there and I'd go out on the swing and sit there and talk with the Lord about the situation. He prompted me to fast and believe for breakthrough. I cried out to Him like the persistent widow in scripture with the unjust judge. 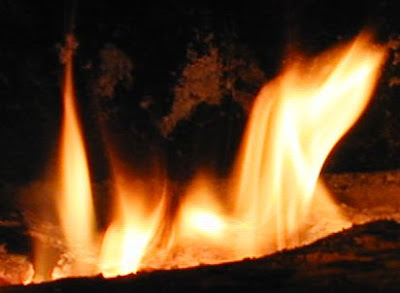 While spending my evenings on the patio God gave me a vivid picture of what was going on behind the scenes. It was like he lifted the curtain to give me a glimpse into the lives of those involved and showed me what was really happening.  He also revealed to me two changes that would take place. These were the details my husband advised me to never share so I haven't. These things were as real to me as anything else tangibly right in front of my face, God had made them so clear.  Although it was so real I did have doubts occasionally because it looked on the outward like none of this was happening.

Imagine receiving information that it was 80 degrees and sunny outside but every time you stepped out to look it was pouring down rain. That's what it felt like!

Another year went by and by this time I wondered if I had really heard from God. Not only did it not appear to change but it seemed to get worse at times! I had written in my journals during that period of time exactly what God spoke.  I wanted to remember the details once the breakthrough came. At times I would look at those writings and think I was a woman out of my mind. I was reminded of II Corinthians 5:13..."if we are out of our mind, it is for the sake of God..."

We do serve a table-turning God.

He doesn't lie, and He will not be mocked. There's also nothing He won't do for people who cry out to Him.

One morning in March of the next year, He completely turned the tables and the wrong was righted and a new course established.

Some of you today need to go out to your patio, light a fire, and BELIEVE! And don't stop...no matter what it looks like.

Kristy said…
Wow! Exactly what I needed to hear. Thank you my friend. Love you.
9:13 AM

Deanna Doss Shrodes said…
I'm so glad this ministered to you today. I love you, my friend. Standing with you for whatever you are standing for! Believing!
9:38 AM