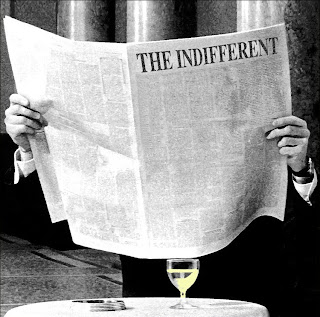 People are often encouraged to be different. That's a good thing.  God created us to stand out, not blend in.


I'm preparing a message to preach this weekend at a women's event. I was asked to speak on the theme, "Greater Things." Those aren't possible if a person lives with indifference. If we really want to live in such a way that we make an impact we have to be concerned about something beyond ourselves.

If there's one thing I never want to be it's indifferent. Because I want greater things. And they only come through daring to be different by forsaking indifference in all it's forms, even subtle ones.

By attending to others, we arrive at a new level that would never have been possible had we remained fixated on ourselves.