Who's ultimately in charge of your time? 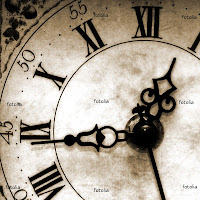 Surrendering your schedule to God is so important for two reasons.

First, the most important thing we do in all of the roles we carry is to point people to Him.

Second, seeing the hand of God move in hearts and lives makes the mundane or difficult things we go through worth it all.

Tuesdays are very busy days for me and my working day doesn't typically end until late as I'm doing a full day of ministry stuff and coaching.  On Tuesday nights I always have a meeting with my boss Kathryn to give a report on all my job seekers and assignments. Last night I called and she  said she was still on the phone with a client, and asked if I had the flexibility in my schedule to give her 30 minutes grace. I was thrilled because I realized I could squeeze in time to ride my bike at sunset. I said, "Can I have 35 minutes because my bike route takes exactly that long..." She said, "take all the time you need, you're doing me a favor..."

I was pedaling along as fast as I could to a song by Jo Dee Messina, passing all kinds of people -- couples out walking together, kids on bikes, people walking dogs. On one street corner that I passed there was a man in a uniform although I didn't see him up closely, just caught a brief glimpse as I passed. I was two blocks past him when God spoke loudly into my spirit and said, "Stop the bike! Go back to that man in uniform and tell him what I tell you to say!" I stopped the bike and turned around.

Let me just say to those of you who are not used to this kind of thing that it's a lot easier giving somebody a message from God when you're all cleaned up or at an altar. It has the potential to be received differently when you're giving a word from God in cut off tie dyed shorts and a Tinkerbell t-shirt.  Yeah.

There are an abundance of workers in our neighborhood in uniform. Movers, cable guys, lawn care workers, pool maintenance people, etc. I had no idea who this man was but I did know He was somebody God was wanting to get a message to at that moment.

Me: Hi Dave. It's nice to meet you. And can I assume from the logo on your uniform pocket that you work for ABC?*? (Keeping company name confidential in this blog.)

Me: I know this is might be kinda unconventional to you but I just need to let you know that as I was riding my bike, God told me to stop and turn around and give you a message.

Dave: Um. Wow. Okay. Wow. Ummmmm...I hardly know how to respond to this. It's weird that you're saying this stuff. Because I've tried so hard, and this week it's not working. Right now I'm so worried that I'm going to get fired.  It's probably going to happen tomorrow morning. It's coming.

[At this point he looks at me like I'm a martian. Not sure if it's what I just said or the tie dye/Tinkerbell outfit.]

Me: No Dave, you are not going to get fired, that's why I stopped to talk to you just now.  Tell me more. What brought you to this point?

Dave: Well, I've worked for ABC for two years now and I've had great success. I've always done well. And then this week I've just hit a wall.  I made 300 contacts in the last 2 days and haven't gotten even one sale. That has never happened to me in the past two years. I'm scared right now. Usually when this kind of thing happens they fire people. It's unheard of to not make a sale for two days especially when you make this many contacts.

Me: Well, get ready to see God at work. He is moving in this situation and I've been sent by God to tell you that two days doesn't define you.

Dave: You know, I never asked for a miracle or anything like that. I just want to be able to provide for my family. You know, to pay the bills.

Me: I understand, and the provision for your needs is on the way, Dave. I'm going to pray for you right now, and  every single day going forward, and I'm going to ask that you keep in touch with me and let me know the good news.  Because it's coming and when it does you need to know who's responsible! Don't forget who this blessing came from. You need to know that it's Jesus and He loves you and cares, and He provides.

Dave: [eyes watery and I don't think it was allergies] Thank you. Thank you so much. Thank you for stopping and telling me all this. I'll be in touch.

[At this point I asked if he had a pen and he pulled one out of his pocket and wrote down my contact information.]


I zipped home on my bike and called Kathryn back. And it went like this:

Kathryn: Thank you for doing me that huge favor!

Me: No, you did me a favor. You couldn't talk to me yet because a guy named Dave Strom needed a word from God.

Kathryn: Um, no, it's not going to sound crazy. I'm soooo used to this kind of stuff from you by now...


Me: I just stopped while I was riding my bike because a guy named Dave Strom needed a message from God.

Kathryn: That is sooooooooooo cool. I love that.

Kathryn: So tell me all about it...

I did. And then we got down to business talking about job seekers, and afterwards I made supper and cleaned it up.

In juggling all the roles and responsibilities you hold, always let God have the final word in time management. Without pointing people to Him, all of our work is really all in vain.

I've never been sorry for giving God the final word in my schedule.

And now my friends, will you please join me in praying for Dave Strom? I'm believing for the biggest sales month that he's ever had, starting today! That our amazing God will abso-freakin-lutely blow that man's mind and he and his family will be forever changed for eternity!

Anonymous said…
I had something similar happen to me like that . God told me to buy a meal and give it to this homeless lady living out of her car. When. I attempts to give it to her and tell her a message from God. She refused it and sent me packing . I was hurt. Then God revealed to me that the lesson was for me. How God feels when He tries to help us and we tell Him we can handle it. Come to find out He used the message for someone else who appreciated it.
8:22 PM