One really bad habit that will stunt your growth! 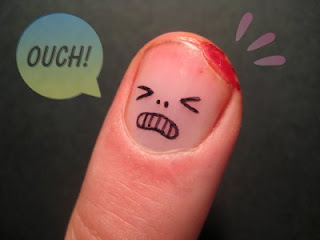 Let me ask you a question...what's your sore spot?

Whatever it is, potential exists for it to completely halt your growth and make the next level impossible.

For the sake of illustration let's say we're talking about a guy named Clarence.

Clarence had a terrible father growing up, a deadbeat dad. He has tried his best to move beyond it, but it's been a real challenge. As a result he's sensitive to anything concerning fatherhood. He doesn't like hearing about dads, fatherhood, or even references to "God the Father."

Clarence is a business man who is sent to many conferences on behalf of his company. Sometimes in seminars and workshops those presenting will give an illustration about being a father. Or maybe a woman will  reference something about her father and experiences she had growing up.  Clarence bristles right away, shifting in his seat and hears little that is said after that. He just wonders why in the world they had to use that illustration when there are plenty of other things to talk about. He's so upset about the fact that they talked about fatherhood, he doesn't hear another word they say. He might have stopped taking notes or even walked out to get a cup of coffee and skipped the rest of the session.

Clarence also goes to church. He loves his church except when the pastor or anyone else brings up anything about being a Father, or God the Father. The pastor might be preaching about peace or forgiveness or even on the book of Revelation but if they say anything about being a Dad, or give a word to fathers, Clarence promptly tunes out. He rarely hears another word the pastor says the rest of the service because he's so agitated by something he or she previously said.

Before we judge Clarence too harshly, we need to all ask what our sore spot is. We all have one. Some people have more than one! That sore spot is whatever people say that after saying it you hear nothing else because you're too busy ruminating over whatever it was they said fifteen minutes ago.

Here's the problem. If we allow our sore spots to run our thought life, we will never grow.