Mundane and Miraculous in Shrodesville 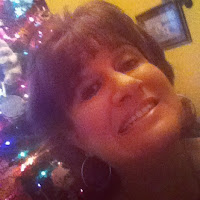 Lord have mercy...I'm just sitting down to blog at 8 pm, and still have several hours worth of work to do!  Truth be told I'm looking for a good excuse to sit down for a few minutes and sip on some iced tea.  Can you tell I'm addicted to iced tea?  Unsweetened with a slice of lime.  Doesn't get any better than that!  Unless maybe you're having a piece of pie with it...

We've been working all day, like dogs.  Well no, not really like dogs.  Whoever made up that stupid phrase, "working like a dog" anyway?   My dogs do nothing except sit in front of the sliding glass window and get sun, or lay on the couch.

I'm grateful to have a roof over my head and a nice place to live.  No complaints there.  But sometimes when I hear people talk about the dream of home ownership I wanna say, "Are you on crack?"  It takes so much work to keep up a home.  Many days I feel like I'm failing at it! Many people ask me, "How do you do it all?  Well, sometimes I don't.  Especially with me working several jobs and keeping a home, things pile up and then they start screaming at me.  Did you know dust talks?  Mine does!   At least once a month I say to Larry, "wouldn't it be nice to sell our house and move to an apartment or condo where we don't have any outside upkeep?"  And then he gives me a sermon about how blessed we are.  And I tell him we are blessed but I'm tired.  We have this same conversation at least once a month.  ::smile::

Savanna did all the weeding on Friday, which was amaaaaaazzzzing.  I am usually the one to do it.  At our house it's an overwhelming job.  Seven beds to do.  Some summers I have spent 2-3 hours a night for several weeks straight out there getting it all done.  I sprayed it with RoundUp so well last time a few months ago that there are fewer weeds now so it only took her one night.  I went through and sprayed again today, to try to keep the weeds under control.  In our neighborhood they don't take kindly to weeds.  The HOA sends you letters about it threatening to fine you.  Yes. I. Am. Serious.  We get letters sometimes if it's been too long since I've pulled weeds, or asking us bleach our mailbox down again, which everyone in our neighborhood is supposed to do on a regular basis to keep our boxes lily white.  Yes, seriously.   As if it weren't enough to keep my teeth flossed and white, I have to worry about my mailbox.

Larry trimmed the queen palms, Savanna trimmed the back yard bushes, got everything tidy again out there.  Then I strung clear/white lights on all the bushes in the back yard...drained and cleaned the jacuzzi and Larry filled it back up again.  This was just all we did outside today.  ::breathe::

Back inside I made three Christmas centerpieces, cleaned a chandelier, replaced candles, did two loads of dishes, and the list goes on.

It's only 8 PM and I'm planning on 2-3 hours more tonight working on other things around the house.  There's so much to do and it calls to me all the time.  Especially now that we're gearing up to have so many people at our house during the holidays.

We're just going hard at it today, pressing through and getting things done.  Before I go to bed hopefully the jacuzzi will be heated enough to sit out there for a while and look at our fabulous lights on the bushes.

I once heard a speaker say, "God is more in the mundane than the miraculous."

If that's true, God was all over the place at my house today.  :)