Why most preachers never significantly improve 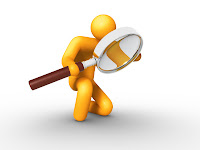 I'm about to step into a controversial minefield.  I know that.  It happens.  It's why my husband has called me, "Sassy" for 25 years.  I tend to dare to say things that nobody else will verbalize which is why I keep getting invitations to teach about sex.   Don't worry, I'm not going to talk about sex in this post.  I'm kind of tired of talking about sex, at least this morning.  ::smiles::

How many preachers do you know who are basically the same this year as they were last year?  I know most people are better than the first time they preached.  That would pretty much be everybody.  But this post is about significant improvement and reaching your full potential -- not just a little tweaking here and there or the fact that less people are going to sleep when you preach.

I'm just going to cut to the chase and say that most male preachers never improve much because the person they trust most has lied to them.  And they are perfectly content to let them lie because truth-telling in this case would require two things:  discomfort and hard work.

In "pastors' wives school" (a combination of input from older PW's, seminars, retreats, etc.) you are taught to never criticize your husband, to always build him up, to tell him, "you did amazing!" no matter how the sermon went.  At the last pastors' wives retreat I attended, the keynote speaker said, "Ladies, don't ever criticize your husband's sermon. No matter how he did, you say, 'YOU DID GREAT, BABY!' when you get in the car.  You'd better believe, if he did bomb, somebody else in the church is going to tell him anyway, so he's going to hear it.  But he doesn't need to hear it from YOU."

The problem with that is first of all, you're lying.

Second, when the person in the church gives him the feedback on the sermon, he won't believe it, because the person he trusts more than anyone in his life has just told him otherwise.  So he now thinks this person in the church is a "problem person", someone negative whose feedback should be disregarded.   He will probably start avoiding that person because to hear what they have to say brings discomfort.  In reality that person just might be someone who helps him get to the next level.

Just to be clear, I am never an advocate of destructive criticism in any fashion.  Certainly I believe it's important to encourage, support and build up my husband.  I am also a believer in constructive feedback.  And powerful, constructive feedback is something that is sorely missing for most preachers, especially from the sources where they would trust it most.  Because those sources have been trained to keep quiet about their deficiencies and tell them how wonderful they are all the time.

Why, I'm not sure. I'm not sure how this got started in ministry because we don't advocate it any other sphere of life.  If our children are on a little league team and they keep striking out or losing games we don't just say, "you did great baby!" and give them no tools to improve.  No, we go out in the yard with them and we practice catching and hitting, and we work with them to help them improve.  Of course there are bad parents who tear down their self worth by handling it the wrong way, but good parents jump in and give constructive feedback and help their child.

When it comes to male preachers, we have been trained to just tell them how great they are, and amazingly pastors' wives are even cautioned that their ego demands it!  As if this is a God-thing that they were "made this way" instead of questioning instead whether a man should submit his ego to the Lord.  Just an idea.

Now, here I am talking about man-preachers, and you might think, "whoa, whoa, whoa, do you not think that women preachers have issues?"  Oh my, do they ever.  I am one.  So I know.

The problem in women preachers not improving is that everyone is so in awe that you are showing up to play the game, that they don't comment on how you actually played it.  They think you've a novelty of sorts.

I hear it again and again:

Most people would never give me constructive feedback unless I asked them to.  They are either in the camp that doesn't believe in women preachers and would tune out or even walk out when I speak, or if they are in agreement with the concept they are just surprised they are hearing me as opposed to a man.

This is why women preachers get away with sharing little of the Word at times or really preaching anything meaty and they get up and tell jokes about menopause, or banter about the difference between men and women (sometimes even male bash), or read poems about being a mom, and everyone just goes, "oh, isn't she great?"

I believe there are different reasons men or women preachers rarely make significant improvement but it all boils down to one thing:  most people are trained to lie to them, and it's even spiritualized when we do that it's ultimately for the glory of God because preachers will be encouraged and keep going.  Did you ever think that maybe we're not meant to keep going...at least, the way we are?

I'm not content to just tell poems or jokes, or be told how great I am when I know deep inside that I have a long way to go to reach the potential that God has for me.  I'm never going to reach that potential if I keep doing the exact same thing I'm doing.  But how will I know what to do different unless I closely examine what I'm doing now?   How will I go to the next level unless I ask other trusted people to give me an honest evaluation of what I might do differently next time to reach greater effectiveness?

All that's standing in the way is pride.

Once I get that out of the way, anything is possible.

Tomorrow I'm going to share about how I go about getting the right kind of feedback, to make personal improvements.

sandy said…
This is a great post!! I learned the most about ministry working in a restaurant. One thing is getting feedback from the diners. It's the good and bad comments that helps keep the service tight and the food edible :). Can't wait to see the next post!
12:22 PM

Anonymous said…
THANK YOU!!! I always hated that whole "ego-stroking" advice about how you should basically lie to your spouse. However...and I say this both as a theatre nerd and as someone who has preached many a sermon...there is a time and a place for even constructive criticism. Example: a friend of mine did an awesome kids' outreach - everything was amazing the first night...the preaching, the worship team, her dance team, etc. However, one of the sound channels was on mute, making it difficult to hear some of what was going on. We congratulated her on a great first night immediately following the service - gave hugs, told her how awesome things had gone (which, for the most part, they had)...later, when it was just us and a few close friends eating at Perkins, my husband mentioned that she might want to have a chat with her sound guy for the next few nights. If you are on the giving end of constructive criticism, it is important to be wise about when you deliver it...wait until the adrenaline has worn off a bit and the person is in a mindset where they are receptive to learn and grow :o).
9:03 PM