3 Ways to Get Stuff Done When You Feel Overwhelmed 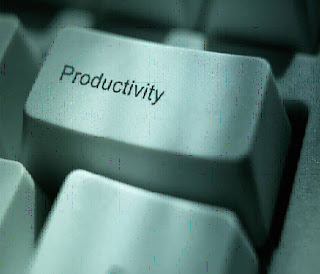 Every week I talk to people who feel overwhelmed and unprepared.  Some sigh and say, "I have so much to do and don't even know where to begin."  This seems to be a common problem and people often ask me about this because one thing I do have the ability to do is get a lot of stuff done.  Today I'm going to share 3 key things that help me.

If you have no idea of what you're going to get done before you go into the week, you probably won't get much done.  This is the difference between merely existing and thriving.   I live by my list and make it by Thursday of each week for the coming week ahead.  The way to do this is to make a list of the basics that you need to get done -- things you know you're automatically going to do.  Put those on the list even though they're a given.  It will give you great joy to check them off as you accomplish them.  When making your "basics" list, branch out from there and just pick one or two other things you want to get done and put them on the list.  I know you probably  have about 50 of those kind of things and that's why it feels insurmountable to you.   If you can't do 50, you just decide to do nothing.  Stop that line of thinking!!  Don't worry about 50 right now, concern yourself with one or two.  It's a better alternative to do this, and achieve those one or two things than to go another week and just squeak by with the basics for another week.

If you have a five day work week (some people have two days a week off, others like me have one) then take your initiative list and divide it by 5.  This gives you the number of things you need to get done each day before you do whatever else it is that you long to do.

3)  Don't go to sleep each night without the number of initiatives for the day accomplished.

Don't veer from this, unless there is a natural disaster, or your kid runs in the room bleeding from the head or something.

People ask me, "how do you get it all done?"  Well, most times I do, and in the event of emergencies like the above, I sometimes don't.  During the majority of times I do accomplish everything on my list and the way I do it is by this principle.  When people call me and say, "Hey, do you wanna go to a movie?"  I say, "Sure but I have two more items on my list today and it's going to take me until 6:30.  Does that work for you?"  If not I take a pass on the movie.

Speaking of thinking ahead and being prepared, I'm also talking about preparedness over at Sisterhood, the blog of my good friend Sandy van der Meulen.  I invite you to click over there and check out my guest post.