3 Simple Ways to Stand Out 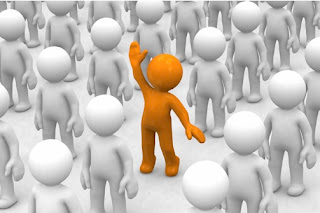 Give a response to everything that's in your inbox, within 24 hours.

There's a huge connection between those who are most successful/effective in life and how prompt they are with responding.  My friend Sue Duffield is a well known gospel music artist, speaker and minister in her own right and a phenomenal leader who moves in both the church and the marketplace.  Sue says this:  "The higher you go in leadership, the more in touch you (should) become with those around you. I get quicker e-mail replies from CEO's than I do from some in church leadership. It's time to learn from the business community - where connection is vital for life."

I believe the one exception to this would be one's day off.  A sabbath, even from mail is wisdom.


Set a certain amount of time per day that you're going to return calls and then do it.  Returning a call doesn't have to be lengthy.  I do realize that learning to return calls and not allow people to take undue time takes skill.  That's a skill that has taken a lot of learning for me.  I feared upsettting people if I let them know my time is limited and I resisted telling them exactly how much time I had for a call.  I've learned that in life we teach people how to treat us.  Letting them know our "phone call boundaries" is a part of that.  When people call and say, "do you have a minute?" I might say, "Actually I have ten to talk right now.  I have a hard stop at 11:30 for a meeting.  What's up?"  I find they stay within the boundary.  If I return a call I start by saying something like, "Hello Jane.  I have ten minutes before I go into my next meeting, but wanted to return your call..."  Letting people know up front what your boundaries are makes a difference.  One time I had a client very angry with me for cutting him off for a hard stop because I needed to get to another meeting.  Weeks later he said to me, "you know I just have to say, I was really upset a few weeks ago when you couldn't stay on the line with me because you had to talk with someone else.  But then I realized that you are on time for literally every one of our meetings.  The same priority you give to me in being on time, you gave to that person but I just couldn't see it that day.  He went on to say he's known few people as prompt as me in his business dealings, and thanked me for it.  That brings me to my next point...

3)  Be prompt and reward promptness.

It's not rocket science -- if you're on time you get more done.  Build time into your schedule to arrive at a meeting a few minutes early.  (This ensures if factors like traffic, etc. are an issue you'll still get there on time.)  As a leader I reward people who are on time by starting on time.  People who are punctual get frustrated when they show up on time and then sit there for 20 minutes while the leader waits for all the latecomers to get started.  This is why I start the church service on time, even if half the people aren't there.  Latecomers will complain that they missed the praise and worship but I let it be their problem -- because it is.

Lisa N Alexander said…
The occasional handwritten note is certainly another way to stand out! Great list PD.
11:06 AM