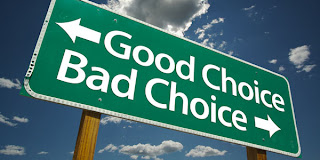 Who you listen to is really important.

I was just talking to our life coaching group about this on Saturday.

Years ago when I started out co-pastoring I  had a lot of questions and was in need of so much guidance.  Not many people were serving in this role back then and finding people who could advise or understand was a challenge.  I went to quite a number of people that were in positional authority, or further along down the road than me, or sometimes just people who had known the Lord for a really long time.

The answers I got were rather interesting.  Many times when I approached someone about a challenge I was facing in hopes of receiving Godly wisdom, they would just answer that our model of ministry was wrong and if I just resigned or re-defined my role, my challenges would go away.  I heard that so many times!  One time I had bronchitis and mentioned to someone about the way I'd been feeling so under the weather for several weeks with it.  A wise older saint gave me the sage (?) advice that I was experiencing this sickness because I was "out of my role" and if we just changed our structure of ministry (and really our relationship when you get down to it) my sickness and all my problems would go away.  What a joke.  It took every ounce of self control I had not to grab the nearest lamp and shatter it over their head.  (Yeah, you can tell I dealt with a lih-tle anger back then.  It's been so long since I've encountered any comment like that.  Back then what I do was considered really out of the box.  Today, not so much in the region I live in.  I'm not sure whether I've developed more self control and fruit of the spirit or it was just that I moved to another part of the country.  LOL)

I'm so glad I didn't listen to those voices.  I sought the answers from my Bible, and I kept seeking for the spiritual mothers and fathers that God had specifically set aside to speak into my life as well as peers walking the same road.  Until I found the right voices, I went by what the Word said and was led forth by the peace of God.  I eventually found mothers and fathers in the faith who could speak wisdom into my life and respect my calling and paradigm even if it wasn't their particular chosen one.  If I didn't make the choice to do that , I would have quit a long time ago, and my life and ministry would look totally different.

I was so touched on Saturday when after sharing this with my coaching group, a few of the members, misty-eyed said, "Thank you for not listening to the wrong voices, P.D......thank you so much for NOT listening."

Be very careful who you allow to speak into your life.  Make no mistake, somebody can talk all the day long.  I listen to plenty of people who TALK.  But that doesn't mean I receive what they say into my spirit.  Everything they say is Father filtered, Word filtered and also gets my "peace of God" test.  (Isaiah 55:12)  Anybody can talk at or to me, but what I decide to take in and receive or act on is a whole 'nother thing.

Wrong voices lead to wrong choices, so when you hear a voice on any issue, make a conscious decision as to whether you are going to let that be another voice that you just hear and let bounce off the wall and go back to where it came from or whether you're going to allow it to affect the direction you start walking.