Why would I take a break from breathing? 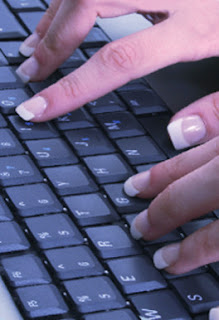 I find that people in this life who aren't writers have a terrible time understanding people who are.

I've also found it a moot point to try to explain to others the call, the importance, the disciplines, the passion or pretty much anything else about the life of one who writes.

Some people write for fun, and with others it is a holy calling.

Many people comment that I'm a monster blogger, the most dedicated blogger that they know.   Maybe not the best blogger they know, the most famous blogger they know, however I've won many awards for dedication.  :)  Writing is not a hobby to me, it is a divine work.  I do not say this in any judgmental fashion, simply making the point that for some people writing is akin to breathing and to stop writing would be to stop life.

One time when I was taking a vacation somebody mentioned me giving up my blog for a week and a bunch of people standing around clapped as if to say that I needed a vacation from blogging.  I started to explain and then realized it was futile to try to explain to a bunch of non-writers why I do what I do or the drive that compels me to write even on vacation and even when I'm sick.  (Yes, I've laid in bed with my laptop, blogged and then gently used a Clorox wipe across the keys when I've had the flu.)

People who don't consider themselves writers first and all other things second (besides God/family) can't wrap their head around that.  They think it's crazy that somebody would write in between trips to the bathroom to puke, or in the middle of the night, or during the worst times of life.

But those who share this passion, this calling, full well understand.

I've written countless articles over 20 years time in magazines and journals that have been published worldwide.  I was a a contributing author in a book called, "Chocolate for a Woman's Courage" that was published by Simon & Schuster and also self published two books of my own that were very well received.  And yet, I am still just at the beginning.  My greatest desire has not been realized.  Right now I'm working on what is probably going to be the most important writing contribution of my life.  At the end of my days it will more than likely be considered, "my life's work."  I am not ready to disclose here on the blog all of the details of the project, but I will soon enough.  A few friends and my church family know about this project and are praying daily for me, supporting me with prayers and encouragement as it moves forward.  A door has opened for this project to have an audience.  An agent will soon be reviewing this writing proposal.  I just have to get it ready to go.

I have a lot of work to do on the proposal because I put the project on the back burner the past few years.  The spiritual warfare was terrible every time I wrote or spoke about it.  It got so intense, I gave up for a while.  I didn't like that kind of chaos touching my world - my husband, my kids, my church.  So I stayed quiet on the subject.  Recently a few friends took me aside and asked why I wasn't going there with this particular subject anymore.  I shared about the warfare.  They told me it was time I picked up this mantle again and took my place.  I prayed about how that might unfold.  Although in the past few years I had closed the door on writing a book about it,  God has spoken that now IS the time and is opening doors.

Will you please pray with me that God's will be done?   I am working very hard on writing this book (and right now this detailed proposal for the agent) and ask for God Himself to breathe on me with His words.  Then I am asking Him to seal this project with His favor.  Larry has gotten me a new laptop that will make working on this project and all my other work easier.  I work so many hours between my jobs and then with writing so much on a daily basis, my old laptop has basically bitten the dust and even the letters have worn off many of the keys!

Martin Luther once said, "if you want to change the world, pick up your pen."  If he were living today he might say, "if you want to change the world, turn on your laptop."  Ha!  A few years ago God gave me a word that He would send me to the nations from my laptop.  Several weeks after I received that prophecy I got the call to go to Africa as the speaker for their AG national women's convention, and I have since made two more trips there for that purpose.  But I don't sense that the word stops there.  There is a message burning within.  I do not say this to be dramatic but I have had to go through a lot of attack to bring this message.  My close friends could tell you countless times they have personally witnessed that attack.  Despite that I am stepping forward to bring the message God has given me.  I am going to need a lot of prayer support to complete this project. Thank you for lifting me and my family up.  Thank you for praying for quiet hours amidst all of my other responsibilities to get this done.

I love and appreciate everyone who takes the time to stop here and read on a daily or even an occasional basis. I never, never, never lose the wonder that you have stopped by to read anything that I have to say.  I've always said that writing is my passion and I do it whether anyone reads or not.  (I always blogged before there was an internet, or blogging as it is currently known.  I have written daily for years in journals and such.)  Although I write and will always write whether anyone reads or not, I never lose the gratefulness that some people do actually read.  Thanks for bringing wonder to my life.

Miss Mollie's Musings said…
How that sums up writing. Praying for your God given book. Get it out there.
8:37 AM