It ain't no big deal...as long as it's not happening to YOU 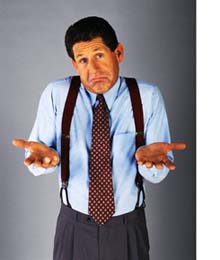 Ever notice that many insensitive people really don't think stressful things are a big deal unless it happens to them?  It's easy to poo-poo things that don't hurt you personally.

Today I held a woman in my arms who sobbed for a long time at the Hope Tour, Sarasota.  When she began to tell me her problem the first gift I wanted to give her before prayer was just letting her cry it out.  I sensed she needed that.  I don't disclose the problems people share with me at the altar,  unless they give me permission to.  I never asked her permission so I'm not giving the details of her issue here on the blog but I will just say that in her problem, she is not alone.  I've heard many women express pain over the same exact situation.  After sharing what is causing her such pain she said, "I feel guilty to even ask for prayer for this.  After all there are sick people in the world, dying people, horrible tragedies happening to people, and I'm upset about this...something I can survive and live with, yet simply don't want to have to."  As I held her in my arms I validated her pain and said, "Sister, if it matters to YOU, it matters to HIM."  In other words, what is a big deal to us is a big deal to God.  He's crazy about you, in case you haven't heard that before.

He's not just concerned about people who just received a cancer diagnosis...

He's not just concerned about the mom whose kid is on drugs...

He's not just concerned about the person whose family member is in the hospital.

He's not just concerned about the economy.

He's not just concerned about starving people in Africa.

He's concerned about you, and me and ALL that concerns us.


Ever had someone poo-poo your stress, anxiety and pain with, "ahh...it ain't no big deal"?

I truly believe this is one of the greatest lies from the pit of hell.

My answer to this lie is Luke 12:6-7:
What is the price of five sparrows—two copper coins? Yet God does not forget a single one of them.  And the very hairs on your head are all numbered. So don’t be afraid; you are more valuable to God than a whole flock of sparrows.

Whatever you are dealing with tonight, my friend, is a big deal to God. He numbered the hairs on your head and He cares about whatever is bugging you.  So tell Him.  And trust Him.