Don't tweak to the crowd! What about 2 or 3 don't we understand? 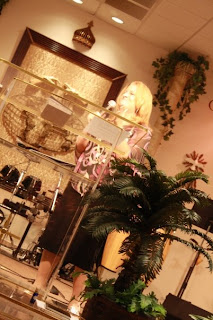 This is the eighth post in a series on message preparation here on the blog.  If you missed the previous seven posts, just go to the "preaching" label here on the blog and you can catch up on the whole thing if you've missed it.

Today I'm going to focus on delivery and a few things that are personally important to me.

One of my pet peeves is when a speaker changes what they do based upon the amount of people that show up.  Can I just say, I think that's lame.  It happens so much I believe this subject is deserving of it's own post.

I committed from the very beginning of my ministry that I'd never tweak to the crowd, and I haven't.  I can remember years ago bringing guest speakers into churches we've pastored and having 10 or less of my women show up for an event.  I felt like a failure at times although it had nothing to do with me and I had advertised the daylights out of the event.  I have to be honest that I didn't realize just how common changing things due to the size of the crowd was until I pastored a church like we have now where sometimes I have 10 women show up at an event, other times I've had up to 200.  It's AMAZING how different a guest will treat a crowd of 10 vs. 200!  And it makes me sick.  Often times a speaker would say, "you know since only 10 showed up tonight I think I'll change what I was planning to bring to the ladies tonight..." and they'd adjust everything and sometimes just talk or have a "share" time, or even say, "let's just fellowship."  Let it go on record, I HATE THAT.  I mean I seriously hate that. Not that I hate fellowship -- I love it, but my point is, if you billed it as a night of worship, speaking, etc. then DO THAT!  Ten people are as worthy as 10,000.  Do what God brought you to do!!  Say what He told you to say!!

Every time I stand in front of people to speak, I minister as though it were a huge crowd.   We need to focus on whoever IS there, not who's missing!  I never make statements like, "I was hoping there would be more people here tonight" or "even though this is a lower crowd, we're still going to have a great time."  That makes people feel demoralized right from the start.

I've preached to six or seven ladies in little country churches out in the middle of no where who showed up on a Thursday night for "WM's".  :)

Doesn't matter which one, they are both going to receive exactly what God gave me to bring no matter how many people show up, and you had better believe I'm going to leave EVERYTHING on the platform!

Here's something interesting that I've had happen in most of the situations I've gone to where it has been out in the middle or nowhere or a small crowd.  Usually at the end of the night after giving everything I've got and being totally wiped out a lady from the group will emerge and come over to me and say, "I'm not from here."  Then she will usually go on to say that she's visiting from a neighboring city because a friend brought her since it was a special night and she happens to be the pastor's wife, or the WM leader, or some other community leader, and she hosts her own events in her area.  She'll say, "I'm amazed by what you gave these ladies tonight even though there were only a few.  Here's my card.  I'm going to be calling you to set up an event in our area."  Some of the biggest doors that have opened in my life/ministry have been through this.  I've had it happen so many times now I know it's no coincidence. I have preached a large conference in a certain city and been invited back several times that if I would not have been faithful in the little country church out in the middle of nowhere with six ladies showing up, I would have never made a connection with the leader from the other place.  Now let me be clear that I DON'T DO IT FOR THAT REASON.  But what I am telling you is that although that's not my motivation it's amazing how FAVOR works, and how God sends amazing things that are unexpected as a result of faithfulness and a spirit of excellence in every situation.

Friends, I implore you -- DO NOT TWEAK YOUR MESSAGE DUE TO A SMALL CROWD.  God does amazing things in small groups!!!   Don't forget, He says, "where two or three are gathered..."

Two or three means...exactly what it says.