So who are you gonna be today? 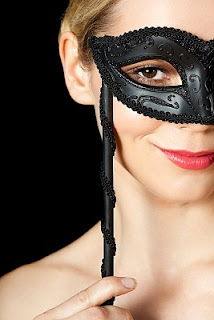 Oscar Wilde once said, "Be yourself!  Everyone else is already taken."  One thing I've discovered is that it's really exhausting to change depending on who you're with.  I have had to risk friendships or losing opportunities in order to be myself but it's not worth it to me to live any other way.

At times I've known if I answer truthfully I'm going to lose a friend, but chose to do it anyway.  It's really an easy choice for me now realizing how painful the alternative is.  What a miserable life trying to figure out who you're switching to be real quick so as to make sure you don't upset anyone.  In reality when you do that you upset the most important person of all. (God)


In Bible times merchants would sometimes keep rocks of different weights that were marked wrong, "scales" that were inaccurate when they saw certain buyers approaching.  If they knew these people had more money they would pull out a dishonest scale to charge them more.  In other words, they changed based upon who they were with, for personal gain, albeit short lived personal gain.  Proverbs 11:1 says, "The LORD abhors dishonest scales, but accurate weights are his delight."

I realize I'm taking a risk by what I write at times .  I've lost people from my life because of what I've blogged though never intentionally.  It would never be my desire to hurt someone.  At the same time, I'm not willing to be anyone other than who God has made me.  Living free is not something I'm willing to negotiate.

A few years ago I got a call from a friend who pastors a church.  They were really upset and in the process of making a decision about possibly letting go of a staff member.  They wanted my opinion on what had taken place.  It's not uncommon for me to get calls like this for a number of reasons -- I'm a pastor, a pastor's wife, and a career coach and have lots of good friends and never mind making the time to listen or help if I possibly can.  On this day my friend was very upset because on their church's women's retreat over the previous weekend the youth pastor's wife did something my friend considered  "very inappropriate".  My mind could only imagine what they indiscretions were.  Imagine my shock when my friend shared with me that the youth pastor's wife had been in a hotel room at retreat with a bunch of ladies in the church and they were singing the song, "Brick House" and dancing!  (Gasp!!)

Next came the question from my friend:  "So Deanna...what would you do?  Would you fire a minister on staff for conduct like this by them or their spouse?"

I took a gulp, and knew I was probably getting ready to lose a friendship and also ministry opportunities.  You see this was a friend I also preached for several times before and had a very good relationship with but I could see the writing on the wall...

I said, "ummm...well, I guess this might be the time to confess to you that Brick House is on my IPOD, and is one of my favorite workout songs..."

I thought my friend was waiting for a lightning bolt to come down and strike me straight to hell.  They have very strong convictions about both "secular" music and dancing.

I said, "NO, please don't fire them!!  In fact give me their phone number so I can invite them to my next party or maybe even hire them..."

I was honest with my friend, even knowing their convictions are a bit different from mine. And that's okay.  They appreciated my honesty.  We're still friends.  I've preached for them since.  I resisted the temptation to sing Brick House before asking the church to open their bibles that morning.

On another occasion Larry and I traveled many miles away to a wedding in another state.  The pastor and spouse (from another AG church) were there and are wonderful people who performed the wedding ceremony.  During the reception I was having a grand time just being me, enjoying all the festivities.  The pastor's wife of the church sat in the corner quietly and looked as if she wanted to join in the fun but held back.  She glanced at the people doing the Electric Slide with wistful eyes.  You could tell she was really wanting to join in with everyone else but she was afraid of what might happen if she did.   I was quite  sweaty and parched after doing a round of the Chicken Dance.  I got a cup of punch and sat down for a few moments to rest and she came over to talk to me and said, "You look like you're having so much fun, Deanna.  It must be so nice to NOT have your church people here..."  I knew this would probably depress her more but I told the truth.  I said, "Actually, I wouldn't change a thing if my church people were here!  I decided to be me a long time ago, and they accept me for who I am.  I decided a while back that being myself wasn't an option."

How about you?  Do you morph into someone you're not in order to keep relationships or opportunities?

I believe this is a hard but necessary question for all of us, especially in leadership.

Rhonda said…
I'm right there with you, girl. I, too, have lost several friendship because of my boldness and lack of "hiding behind a bush". People always know where I stand - good and bad! I think people better start practicing internal honesty in their lives and relationship or they will one day put that transparent mask on before God with zero sympathy. I believe it will be a sad day for those people....
9:16 AM