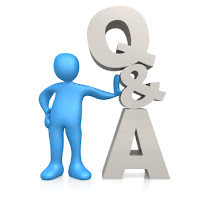 This is the conclusion to this week's series from the  Q & A on leadership from life coaching this past month at Celebration.

When you were new to leadership, what were some of the toughest obstacles you had to overcome when dealing with people?


Looking back most of the obstacles were probably my own.  People are people.  Adults are just grown up kids and teenagers, and quite frankly many of them have never grown up.  They act out in immature or even cruel ways.  As a leader it’s my responsibility to control myself.  Self control is one of the fruits of the spirit.  It’s been my hardest fruit, for sure!  Responding and not reacting is true maturity.  My friend Marsha Woolley (a former pastor/pastor's wife herself, now our district WM leader) says that being a pastor is definitely the hardest job because it requires extended good behavior.  I would agree.  Extended good behavior isn't easy by any stretch.  My hardest obstacle is still anger -- justifiable anger -- and dealing with it in a positive way, learning to release it without harming myself or losing my position.  I have harmed myself at times and had to learn how to better deal with things.


List of toughest obstacles when I was new to leadership:
This isn't to say that difficult things are a piece of cake 24 years later, however I am a completely different person (for the better) in dealing with them now than I was back then.  There's a lot to be said for mentors who invested in me, grace, the Holy Ghost, chocolate, coffee, and good friends to share the journey.

What are some things you would do to motivate someone to get the job done the way you want it done when they are not quite performing up to your standards?


That is one of the most difficult things of being a leader particularly when you are working with volunteers.  I believe what pastors everywhere achieve in this regard is miraculous because they work with almost an entirely volunteer team (even those who have paid staff have a very small ratio of staff compared to volunteer workforce) and pull of miracles every week!


I have done a lot of things to motivate people, some that were probably even over the top and I would never do again, and some I would.  I believe although I can give encouragement to motivate someone, if they don’t have a foundation of passion to begin with to do what they do no amount of my motivation will keep them going for the long haul.


At this phase of my journey in leadership I realize it’s much more about getting the right people in the right leadership spots than it is my motivation.

After getting the right person in place I would motivate them through training and encouragement and hopefully they would respond to that – if not they may be in the wrong position.