I don't wanna be part of this group... 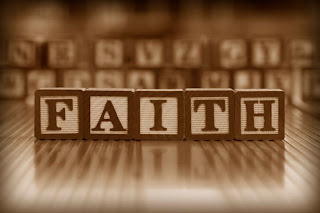 Yesterday I was reading Matthew 13 and verse 58 just stuck out like a sore thumb to me:

"And He did not do many miracles there because of their lack of faith."

I've noticed this verse many times before and preached sermons on it, but yesterday as I was in prayer I was just hit with the thought again that I would never want to be stuck in a life where God's miracles were limited. I am so excited about what I see happening personally on a weekly and sometimes daily basis.

This week's miracles include one for Bonnie Stewart, a dear friend and member of Celebration Church.  She's one of our frontline singers and never misses church. She's such a faithful servant.  Well, a few months ago she was diagnosed with congestive heart failure.  We've been going after this in prayer like a pack of bulldogs.  Did you know that the nose of the bulldog is slanted backwards so it can hold on while still breathing?  Yeah, just one reason I love bulldogs.

Sunday we had a powerful service at CC like no other, and I do mean like no other.  God just downloaded something into the place from the heavenlies.  Bonnie said she felt something totally supernatural touch her body on Sunday, although she wasn't sure how to prove it or confirm it right then.  On Tuesday, Bonnie went to the doctors and said, "I'd like another chest x-ray."  The doctor said, "why?"  And she said, "Because I'm a Christian and the prayer that has gone up for me is incredible, and I believe I'm healed."  He said, "Well, maybe what you just said has happened because according to your ECHO (sonogram of the heart) you are now showing NO CONGESTIVE HEART FAILURE!"  He also gave her the news that her hemoglobin level went up higher, from 8.2 to 14.2!!!  This is a miracle.   I can't wait to see what Jesus does with the rest of this week.


***
In other news...
Tuesday, Wednesday and Thursday were really full work days for Larry and I, with hardly a breather.  The most I've really gotten to spend with his parents so far have been Tuesday and Thursday night dinners.  Last night we went to Cracker Barrel.  My father in love requested that we go there -- he LOVES it there and they don't have one near his house in Maryland.  Jordan was working and we visited with him him and ate dinner.  His managers came out and had glowing things to say about him.  We had a really good time together as a family and stayed as long as we could visiting with Jordan in the store.  (He is a merchandise handler/retailer in the store there.)
I have managed to fit workout time in, so that I don't lose ground on all my progress while the in-love's are here, amidst our family dinners and celebrating.  We're looking forward, very, very, very much to today ~ "Fun Friday" with them.   There's nothing we're going to do in Shrodesville except...be together. And gear up for the miracle working power of God to flow this weekend!  [cyber scream]