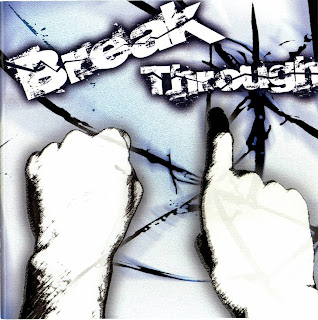 
He was set to ship out with the military last Tuesday.  Each time he's attempted to do this he's gotten very ill.  We're talking sweating, shaking, vomiting, fever, fainting, the whole nine yards.  He never did shake the overwhelming feelings of sickness and anxiety he had despite us anointing him with oil, praying, and many other things we tried to improve the situation. We took him to MEPS hotel Monday night. At 2 am he called me and said he had thrown up continuously although he was trying to eat the package of food I prepared for him to take. He asked for prayer again.

At 4 am he called back and said, "Mom, I can't do this. I can't go today." He begged us to give our blessing for him to come home. We said we couldn't do that even if we wanted to, as he had signed a contract with the military and he would probably be in big trouble if he didn't go.  He said he would call the Sargeant to let him know how he was feeling.  The Sargeant told him he would have a dishonorable discharge if he didn't show up.  He also told him it was all in his head, that he needed to press through, etc. Jordan called us back and said, "I talked to the Sargeant and I'm pressing on and going to basic training."

He got on the bus at MEPS to leave.  He broke out in a sweat and passed out right on the bus.  They picked him up and carried him out and laid him on the floor of the hotel lobby.  He was shaking, throwing up, etc.  A  representative from MEPS called us and said to come pick him up because he would have to come home.

Larry suggested that he pick him up alone since he wanted to talk to him man to man.  I stayed at the house, and just started praying for a breakthrough and God's will be done in whatever needed to happen. When they got home, Jordan threw himself on me and sobbed for a long time. This is not like him. He never does that.   Anyone who knows Jordan knows He also never fears anything and is the first to volunteer to do anything including bunjy jumping.  He has NEVER feared anything in his life nor is he particularly overly emotional. I said, "I love you son.  You are going to be okay.  Just tell me what is wrong. What's really going on here?" He said, "I know I've let everyone down." I said, "Well no, I don't think so.  There's more to this.   I think you do know what's wrong.  I believe you are not sharing honestly about what is in your heart." He said, "Mom, I'm not supposed to go to the military.  I know I'm supposed to be in the ministry but I have been running from it. Truthfully I didn't want to have to go through the struggles I've seen you and Dad go through over the years in pastoring. I wanted to avoid that for me and my future family. So I thought going in military would be a very stable life and less stress and pain than the ministry." He said that every time he went to MEPS to ship out, he would become violently ill and couldn't even control his body which has never happened to him in his life. (It happened 3 times - at his first swearing in, then at the two occasions where he was supposed to ship out.)   The bottom line is, at 4 am he knew God wasn't going to let him get away with not listening and he needed to surrender.


As far as the military goes -- he did not disobey orders -- he did show up, but they ended up sending him home.  That chapter is closed.  The recruiter had warned him that Tuesday was his last opportunity to go into the military, so we are taking them at their word.   I believe God will keep that door closed.  Where God's will becomes clear, He makes a way, shuts doors and opens others.


So where to from here?   Well God is right on time as usual and things fell into place within less than 24 hours.  Within HOURS of Jordan's coming home from MEPS I was contacted by Dr. Arnold Lastinger with our District School of Ministry in Pen-Florida (Assemblies of God) and enrolled both of the boys in the DSOM.  They will BOTH be attending classes starting September 11th.  They have already started studying -- right now they are taking Homiletics.  This is a three year program, and the first year they will have opportunity to apply to be certified ministers, the second year licensed, and the third year ordained with the AG.  Simultaneously both boys will attend PHCC for a degree, where Dustin currently attends and takes business classes.  They both also work jobs.  Dustin already has a full time job.  Jordan has a temporary job lined up that will only last for one month, however he's looking for something more so please keep him in prayer about that as well.


So many people prayed for Jordan in these last months and I am so grateful.  In particular this past week, Tom and Phyllis Benigas (our former district youth directors) prayed fervently and reached out.  They've always cared for our children so much just as they have all of our youth and particularly PK's.   Tom had a feeling all along that God had something else in mind.  Even though he's not serving as our DYD anymore he still makes time for the kids and insisted that he wanted to come over this week and spend some time with Jordan and speak into his life and help him regarding his ministerial future.  They'll be meeting this week.   God is so good!!

This week I've been reminded of the old song, "Let the Lord have His Way".  (Now I'm really showing my age!)

There is a lot I have to say about what has transpired, what I've learned as a parent, and encouragement I have for others who are praying for God's will in your children's lives.  Check back tomorrow when I talk about THE most important thing I've learned.

Anonymous said…
Can't wait to read tomorrow's post! God is so good and so faithful to His children. You gave your children to Him before birth and God is honoring your trust in Him. Praise be to Him alone for His goodness! Thank you, Deanna , for sharing such a personal part of you life! Love to you!
8:59 AM