Either we trust God or we don't... 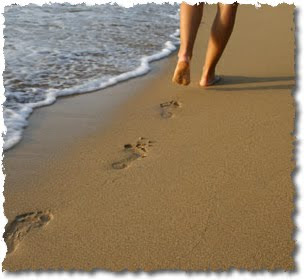 "The steps of a good man are ordered by the LORD: and he delighteth in his way." Psalm 37:23
Jordan did not ship out yesterday. It's pretty definite that he won't.
It's okay.


No, not because I'm his Mom and don't relish the thought of any of my offspring leaving.  I am in reality and realize they won't always live with me nor is that God's plan.  I know things and seasons will change.


This is not about me.  At all!   It's about him and what God is doing in his life.
As long as Jordan is surrendered fully to the Lord, things are going to be more than alright.  No the path will not always be easy.  Nobody ever promised that.  But I'm the kind of believer who is fully convinced that when we totally abandon ourselves to the Lord He can't help but intervene on our behalf.
Jordan was dedicated as a baby to the Lord, for His purposes.  Not for mine, not for his Dad's, not for the military's or anyone else's but God's.  And as Jordan surrenders to the Lord, He will have His way.   He IS having His way come hell or high water.  While there are some things that will be much clearer in the days to come that I can talk about more as the days unfold,  let me just say thanks for your prayers and things are going to be more than alright.
We serve Jesus.  This is not a pie in the sky- mamby pamby-cliche ridden-anemic set of values -- but a living, breathing FAITH THAT WORKS.

Anonymous said…
Since Friday, your face has come to my mind more times than I can count. Each time I have seriously gone to prayer for you and your family. When plans are changed mid-stream, it is ALL GOD! God is stepping in to change the direction of Jordan's ship. I'm praying that he will remain tender to the voice of God, as His child, and that God will clearly show him His path for his life. God's will...God's way! I've breathed a sigh of relief for all of you! I'm still praying, always...for my favorite blogger! xo
11:17 AM

Apple of His Eye said…
Yes, God is control and directing our children's lives. Not necessarily what I thought they should or would do at this point.