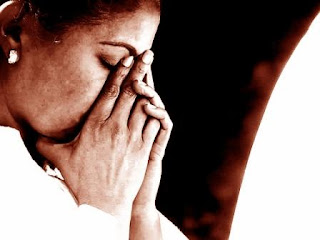 "For though we live in the world, we do not wage war as the world does.  The weapons we fight with are not the weapons of the world. On the contrary, they have divine power to demolish strongholds.  We demolish arguments and every pretension that sets itself up against the knowledge of God, and we take captive every thought to make it obedient to Christ."
II Corinthians 10:3-5
Every day, I have my own spiritual demolition derby.  This consists of taking II Corinthians 10:3-5 seriously.  The way that I choose to solve my problems is through prayer, demolishing every assignment that the enemy has set up.  It is my privilege to engage in war against an enemy that has already lost.  (I've read the back of the book so I already know the ending.)  I believe this is why Paul calls our journey "the good fight of faith".  Why is it a good fight?  Well because we are guaranteed to win it!  We are fighting a war that has already been won, however we're still expected to walk it out.
Last night I had an opportunity to do that with our wonderful church family, as we gathered for "Prayer and Pancakes" from 11 pm - 1 am.  We pray from 11-1 in the sanctuary (yes, I said PM...we do this late night/early morning) and after two hours of prayer we go out to Perkins (which is open all night) for pancakes.  You might wonder who in the world would ever come out to a prayer meeting from 11 PM - 1 AM but we always have at least 50-60 people, sometimes more!   It's a blast!!!  We always fill up the private room at Perkins plus more.  We tried this three years ago for the first time during our annual week of prayer and it just took off!  Our people LOVE it.  In fact anytime we announce it in church, they shout and clap they get so excited.  I love spending time with the church family in prayer and fellowship but most of all, I take delight in walking out the good fight of faith and defeating the loser who is the devil.