The wordsmith is in... 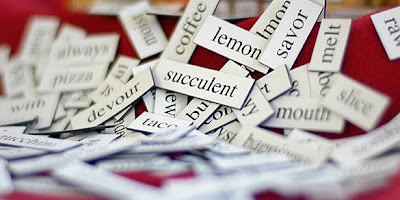 Here I am with the next vocabulary word to share.  Actually I thought I would share three that I often use.    These words have come to mind quite a bit this past week, although I use them often in my daily conversations regarding various circumstances going on in the world.

Lament - to mourn, to grieve.
Example of ways to use this word:
Deanna began to lament the reality of the life changes she was facing, and faith in God and the support of friends sustained her.

Vexed ~ bothered, afflicted.
Example of way to use this word:
Deanna was very vexed in her spirit about the changes she was going through, and the presence of God was what lifted her up again and again.

Exacerbate ~ to  make worse.
Example of way to use this word:
Saying goodbye to her son and leaving for Africa at the same time was only going to exacerbate the feelings of grief Deanna had, but God in His power and mercy intervened!

So now, why don't we try  using all three words in a sentence?

My friends, do not become vexed today or allow the enemy to exacerbate your lament by giving way to fear, for God already knows the end of a thing from the beginning!