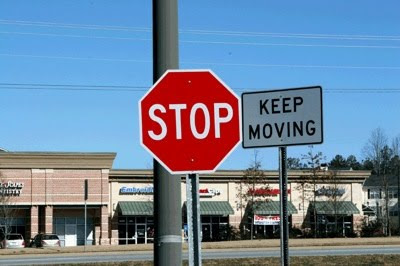 Jordan will not be leaving on Tuesday.  Apparently what they told him at MEPS wasn't accurate.  Yesterday afternoon we spoke with the recruiter and basically what happened is that when you don't ship out on your scheduled date, the job they had for you is given to someone else.  Therefore, he now has to wait for another job to open up.  It could be anytime in the coming weeks, however they said in all probability it will be September.  As you can imagine he was NOT a happy camper when he heard that.  He was devastated at first.  But we've been talking to him about the fact that God is in control and for some reason he was not supposed to be with the group that started this week.  Just  as I had to trust God with what seemed like the initial decision for me to miss his departure, so I now have to trust God with the apparent decision to delay his departure for a while.

There are pros and cons to starting sooner or later but we're choosing to look at the pros and encouraging him to do the same and he seems a little better now and joining us in trusting the Lord with this decision.

The positives I immediately see in this are:

1)  I'll be able to be there the day he does ship out!!   I should have never gotten my panties in a bunch over that one.

2)  If he goes in the fall, he will not be going through basic training in the sweltering July heat in San Antonio!  This would be a positive for ANYONE, but being that Jordan has fainted in the heat a time or two, it was something we were already concerned about.  Yes, I know it's still hot in September/October there, however I've heard that July is just brutal.  Evidently the Lord may have taken this factor into consideration too -- who knows but that the date wasn't moved for just that reason?

3)  We'll have a little bit more time as a family of five!  No one can imagine how happy this makes me...except someone who has been there, done that.

4)  Everything that went through my head as a reminder of things we haven't done yet as a family, we can try to do before he ships out.  When the date got up on us that he was supposed to leave, I remembered things here and there that we wanted to do but didn't.  I would like to try to do some of those between now and September.

5)  Now that I have these few precious (possible) months I am more determined to make the most of them, realizing how hard it will be when the actual departure date really does come.  I will absolutely make the most of every opportunity.  I view this time whether a few weeks or months as a precious gift from God.

6)  Now that I am officially out of denial having gone through a dress rehearsal of this once, I am better prepared now for his departure, all around.  Many friends have started giving me advice about this transition...people who have been there and navigated these waters and not only survived but thrived.  This has been very helpful.  Although going through changes is still painful, I am comforted by my others assurances that it will get better day by day.  Also, in the last few days I've joined some Air Force Moms groups and message boards and learned a lot through reading  about what to expect when your son or daughter is in basic training and the military in general, and how to handle that journey most successfully.  Being surrounded by people who understand and can advise is very helpful.  I'm like a sponge just soaking it all in.

I'm grateful to everyone who wrote me a message of encouragement the past few days.  I will post here again when we know more about his departure and covet everyone's prayers that God's will be done in all matters concerning this.

God already knows the ending.  I try to remember that He's already in the future, waiting to show us around.  What a learning curve this is!

But if there's one thing in life I am committed to do, it's learn and grow.  Here we go...second dress rehearsal, take two...

The church said…
Jordan is an honorable young man. Our family is grateful for his service. Our heart is with yours as you bear the burden and joy of raising a son any one would be proud of.

Dr. Deanna DossShrodes said…
Thank you! We are so proud of him. And so grateful to have at least a few more weeks with him before he goes off to fulfill his mission for God and country.
4:15 PM