I hope it's true 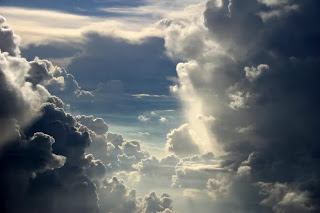 I am not one who easily believes "I died, went to heaven and came back" stories (for many reasons -- a whole other post).  But about two years ago my friend Marsha Woolley who is our district women's director for Pen-FL told a group of us something that I haven't forgotten and have come to totally believe.

She was just recounting what her friend said to her (not preaching this as some kind of Biblical truth) and told the story of a friend of hers who died and went to heaven but was then revived and came back.  Evidently the friend reported that when they were in heaven for just the few minutes they were there they noticed that special recognition and extra blessings were given to two groups of people -- missionaries and women.  According to the friend they were extra blessed in heaven because of all they go through on earth.

I was skeptical when I first heard it, but I have to be honest that whether it's true or not, I'm hanging on to that story hoping it's true, because some days believing it gets me through.