Emotional nerve damage and the ministry 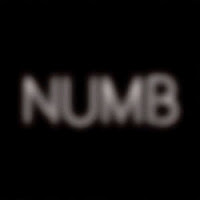 A doctor has to deliver terrible news -- a patient has died, a surgery didn't go as well as expected. Someone who has been practicing medicine for two years accepts the news and delivers it differently than someone who has been a doctor for 23 years.

I'm at the 23 year mark in ministry and I now accept, process and deliver information differently than I used to.

Almost nothing surprises me anymore, and rarely does something catch me off guard.  I have a love/hate relationship with this reality.  I  don't feel things in quite the same way I used to, and have what I call emotional nerve damage.  Like most if not all others who have done this for a long time, there are parts of me that are numb.

Sometimes when people tell me disappointing things I just stare into space and say, "okay, thanks for letting me know" and almost robotically move on to the next task at hand.  It's really almost like an out of body experience some days.  I'm convinced it's not all bad.  I've found ways to make it work for me.  One of the most challenging things for me is staying sensitive to the spirit of God, while growing exceedingly desensitized to other things that used to slay me for weeks, or sometimes months.

I want to stay so sensitive to Jesus that when He speaks to me, I can be reduced to a pile of tears or burst into a dance of joy spontaneously, while at the same time remaining undaunted by difficult things that sometimes come with the territory.  It's very hard to be sensitive and not sensitive at the same time  but I think these days I'm doing rather well.

Being extremely sensitive to God but desensitized to other things is an interesting place to be but a good one because some stuff just used to knock me down is now just a blip on my screen, and some days it's not even blip-worthy.

Lynda R Young as Elle Cardy said…
I think most things still make a blip on my sensitivity radar..but I get what you mean.

Having taught bible studies, and gone to so many of them, I don't get the same number of "ah" moments anymore. In fact, I get hardly any now. It's hard to stay fresh when you've heard it all before. It's still the Truth, but the difference is that now I need God more because He is the one who will open my eyes. He is the one who will keep it all fresh.
1:36 AM

Anonymous said…
I know God is in control of my life and I am yeilded to Him. Someone very close to me is not and his actions have affected me in a deep personal way. At this moment it is becoming more and more difficult forgive, get past, and go on doing what God wants me to do.
6:59 PM

Deanna Doss Shrodes said…
Anonymous, I am so sorry you are going through this. I can understand, for I have been there before. I will be praying for you as it comes to mind.
7:02 PM